Working for a Cure and Going Beyond a Band Aid Solution

As of June 8, 2020, the United States has a total of 2,009,987 confirmed cases of COVID-19. 112,523 of those confirmed cases have died and 761,736 cases have recovered to the best of our knowledge. Schools, whether high school, middle school, college, or kindergarten, have closed down to prevent the spread of the virus. Businesses such as restaurants have shut down (some temporarily, others for good) due to this virus. Preventative measures and necessary steps have been taken to ensure some form of safety and security. However, the way things are escalating, especially with lack of testing, it has become abundantly clear that we were not prepared for this deadly disease. As much as we would not like to admit, there are other imminent threats that, yet again, we’re not prepared for. We are ill-equipped medically, technologically, mentally, and societally for disasters like pandemics. What does this say about our nation’s priorities?

The U.S. is working to find a cure for COVID-19, spending billions on research, containment, and support for businesses. The budget for fiscal year 2021, however, shows us that we still have misplaced priorities. The U.S. is projected to spend hundreds of billions on the military, including $50 billion per year over the next decade on the nuclear arsenal alone. The Families First Coronavirus Response Act has served as a provision to ameliorate the lives of families amid this crisis. Despite these efforts to deal with this danger, we still have not seen a shift in priorities away from these dangerous weapons towards health and human services. This response is a bandaid, not a cure to the socioeconomic issues many Americans face. 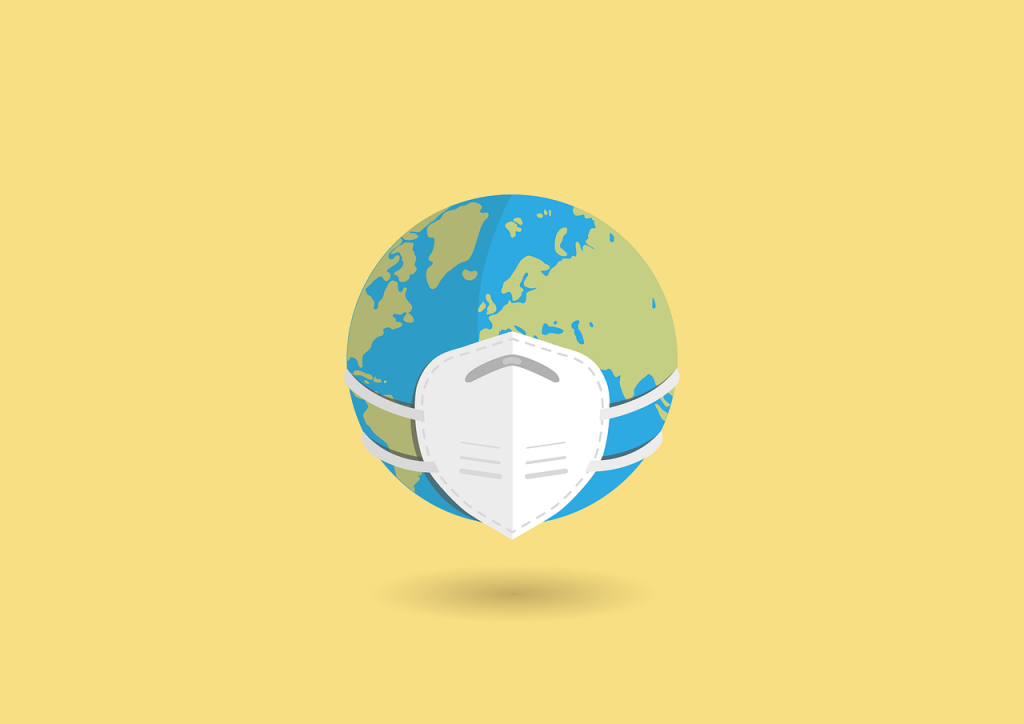 Hospitals are struggling to find adequate supplies such as masks and gloves to keep healthcare providers safe. When reporters confront Trump and his team about the lack of supplies and question when hospitals would receive help, he gives typically vague answers with no specific dates. Trump assures the American people that supplies will be restored but fails to realize that we need them right now. If we are unable to fulfill the basic needs of our health care providers during the pandemic, how are we to deal with the next national crisis? How are we ensuring the safety of citizens from airstrikes and destructive weapons that could wipe out our world as we know it? As we are learning from COVID-19, it would be wise to take steps now to protect our future from real national security threats like nuclear weapons.

One solution is the U.S. adopting a No First Use policy. The No First Use bill currently before Congress simply states , “This bill establishes that it is U.S. policy to not use nuclear weapons first.” Enacting a No First Use policy will prevent the United States from ever starting a nuclear war, whether by accident or on purpose. This policy would send a powerful message to the world that the U.S., the only country to ever launch a nuclear attack, will not be the aggressor once again.   Not only does this policy decrease the chance of mistakes and miscalculations, it helps to mitigate the problems of sole authority. Right now, the U.S. president is the only individual capable of launching a nuclear weapon with no checks or balances standing in their way. This is why we need No First Use. 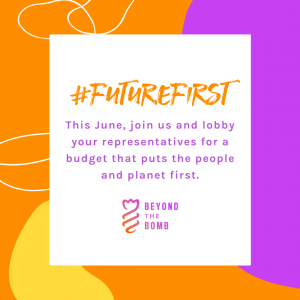 Did you know that, when it comes down to responding to a potential nuclear attack, the president only has seven minutes to give a definitive answer on whether to launch a nuclear weapon? That is not enough time to decide the fate of a city, a nation, or even a single person. What if the information was wrong, or worse, they retaliated against a false alert? As humans, we all make mistakes and miscalculate situations. The American people believe that there need to be checks and balances on the President’s sole authority to order a nuclear strike. But the problems of nuclear war go beyond simply agreeing with one another; action must be taken. Passing No First Use is one such act that must be taken. Sign our petition to support No First Use and prevent our next crisis!

Wislande Francisque is a Spring 2020 Beyond the Bomb Fellow and a student at Fordham University.