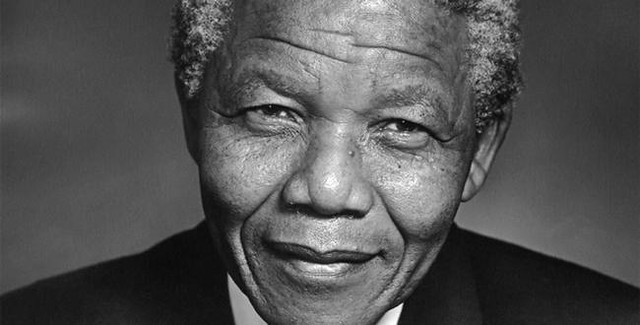 What You Can Do To Honor Nelson Mandela’s Legacy

Nelson Mandela, a Nobel Peace Laureate and former South African president, dedicated his entire life to the struggle for democracy, equality, justice, and peace. And his fight included working for nuclear nonproliferation and disarmament.

Mandela’s governing political party, the African National Congress (ANC), continuously spoke out against nuclear weapons. Mandela said in 1993, “The ANC will abide by the Nuclear Non-Proliferation Treaty…We fully support the declaration by the Organization of African Unity calling for the establishment of the African continent as a nuclear-weapons-free zone.”

“We must ask the question, which might sound naïve to those who have elaborated sophisticated arguments to justify their refusal to eliminate these terrible and terrifying weapons of mass destruction — why do they need them anyway?”

Every year on his birthday on July 18, the world celebrates the life and legacy of Nelson Mandela. The aim of Nelson Mandela Day is to encourage everyone to spend 67 minutes doing good — one minute for every year Mandela worked for a better world.

If you missed Nelson Mandela Day this weekend, fret not. You can still get in your 67 minutes of good.

Here are some things you can do today to work toward a safer, more just world free of the threat of nuclear weapons.:

Vincent Intondi put it well in his 2013 piece in the Huffington Post: “Nelson Mandela was a man of many gifts. Perhaps the most powerful was his ability to speak truth to power. That is why he consistently spoke out against nuclear weapons. He saw no difference in fighting the bomb, colonialism, or racism. For Mandela, they were all connected, and a threat to the one thing he fought for his entire life: universal human rights.”

And that is why we do what we do: a fight against nuclear weapons is a fight for human rights.