As the National Field Manager of Beyond the Bomb, I’m lucky to get a bird’s-eye view of all of the grassroots activism going on on the ground and it’s been a busy year. As we celebrate Thanksgiving with friends and family, I want to take a moment to celebrate you and go through the ABCs of what I’m thankful for. 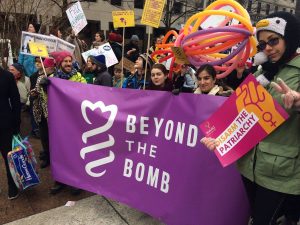 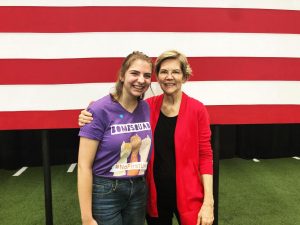 Birddogs
Need a refresher on what exactly a birddog is? Birddogging is a tool used in organizing to get a candidate or representative of an organization “on the record” about an issue. This tactic can often be the fastest and most effective approach for getting someone to make a public statement. Squad members like Gabrielle M. have been out on the campaign trail getting candidates on record! Check out this blog post to see how you can get involved!

Conversations
The only way we’ll be able to pass No First Use in 2021 is if we have every American calling on their elected officials to cosponsor and pass this important bill. I’m thankful for our campus squads like the University of Washington and New Mexico State University for making these conversations happen one-on-one with voters and activists! This year we were able to provide eight campuses with tablets for collecting petition signatures – this method is faster, more efficient, and means no one has to decipher hard-to-read names and email addresses. 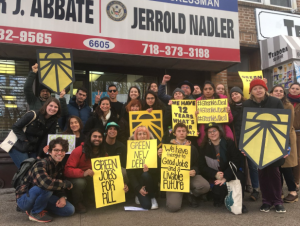 Direct Actions
Actions like protests, sit-ins and marches have historically moved the course of politics. This year we were proud to take part in marches like The Indigenous People’s March, the Women’s March, and Green New Deal protests!

Education
Beyond the Bomb brought together over twenty activists earlier this month for SquadLab! Over the two-day weekend, we had critical conversations about engaging marginalized communities, mobilizing activists, and eliminating the threat of nuclear war. Not only that, Beyond the Bomb also made it out to Netroots Nation, where we fought to bring foreign policy into the conversation. 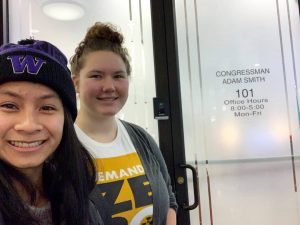 Federal Lobbying
Throughout the year Beyond the Bomb activists met with representatives such as Adam Smith (D-WA) and Adam Schiff (D-CA). These meetings are critical to passing No First Use! Without grassroots support pushing our elected officials, we won’t have the power we need to pass this legislation.

Giving Thanks
There’s so much more I didn’t have space to mention here, but the bottom line is this: Here at Beyond the Bomb we’re thankful for you. As we move into 2020, remember everything we accomplished this year, and put your boots on. We need you even more next year. 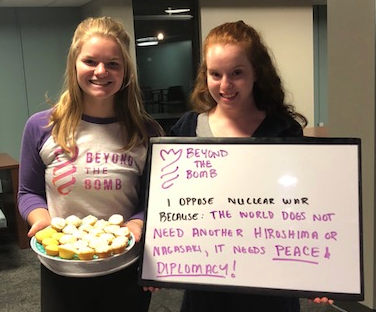