What Chocolate Sundaes Can Teach Us About Low-Yield Nuclear Weapons

Imagine this: your friend who has had problems with diabetes for most of their life tells you that they have a small chocolate sundae every night because it’s better than having a big one. Of course, this logic is faulty (sundaes aren’t particularly healthy, regardless of size), and so is the logic around “low-yield” nuclear weapons. These ‘smaller’ weapons of mass destruction are just like regular nuclear weapons, except they are designed to have a less powerful explosion, hence the name “low-yield.” 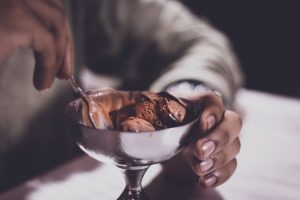 The U.S. is starting to put these weapons on submarines, called SSBMs (Surface-to-Surface Ballistic Missiles), to increase the chances that they reach their target undetected. The government wants to spend $65 million to modify 50 warheads to the “low-yield” version (in addition to the $140 billion they want to spend to upgrade our arsenal of intercontinental ballistic missiles, weapons that are unnecessary as it is). Yes, it would only cost about 0.1 percent of our total military spending budget, but we already have the largest military in the world (by far), and to spend $65 million on something completely unnecessary is asinine, particularly in the context of other needs. 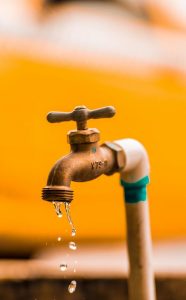 To put it in perspective, here are some other (more important) places that the money could be spent.

And these are just a few of the countless other places the money could go.

Although it’s less powerful than other warheads, it’s still a nuclear bomb. The largest conventional, meaning non-nuclear, weapon in the U.S. stockpile right now is the Massive Ordinance Airblast Bomb, or MOAB, which has a yield of 11 tons of TNT. The new low-yield warhead, the W76-2, that the administration is pursuing has a yield of around 5,000 tons (five kilotons) of TNT. It’s astonishing that people find these weapons acceptable considering the amount of damage they can cause.

Public acceptance of using “low-yield” nuclear weapons is a huge issue, because once the public is okay with them, the leaders of our military will be less reluctant to use one. “It makes no sense for us to build low-yield nuclear weapons. There is no advantage to that, and it is dangerously escalating,” says Rep. Adam Smith, the chair of the House Armed Services Committee. “Your mind goes to the idea that yes, nuclear weapons become usable, and then you’re really in trouble,” remarked former Secretary of State George Shultz, on the possibility of adding more “low-yield” warheads to our increasingly massive arsenal.

We already know that our military leaders are war-hungry as it is (just look at countries we’re already meddling in, like Bolivia, Suriname, Yemen, Venezuela, Somalia, etc.); giving them more nuclear weapons on submarines to play with is not a good idea.

And here’s the kicker: Hans Kristensen of the Federation of American Scientists estimated that the United States already has around 1,000 “low-yield” bombs and missiles which can be fired from a number of aircrafts. At this point, there’s absolutely no reason to make any more. “The United States doesn’t have to do that,” says Sebastian Philippe, a former nuclear weapons systems safety engineer for the French government and now a fellow for the Project on Managing the Atom at Harvard. “The U.S. has the strongest conventional military in the world. It has strategic nuclear weapons that can deter any nuclear attack anywhere… and if you think that’s not the case, then you have a bigger problem. And it’s not by fielding five kiloton warheads on an SSBM (Surface-to-Surface Ballistic Missile) that you’re going to solve that problem.”

The U.S. military is already bloated, and adding 50 little sundaes is nothing but a step in the wrong direction. If we truly want to lose weight, it would be smart to put down the spoon once in a while.