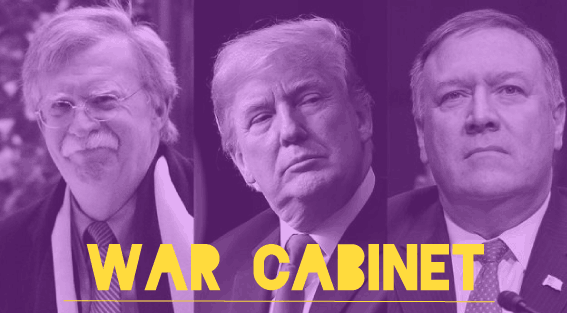 When it comes to foreign policy, there hasn’t been a President more reckless and impulsive than Donald Trump in generations. Given his tendencies, we need Trump surrounded by smart, thoughtful advisors that are committed to diplomacy and keeping the President’s worst impulses in check. Instead, Trump has spent his time in office surrounding himself with dangerous enablers; instead of pushing him to the negotiating table, they’re apt to push him (and the rest of us) to the nuclear brink. 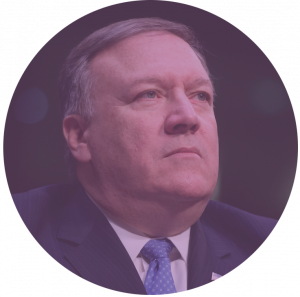 Before becoming our nation’s top diplomat, Pompeo was a member of the House of Representatives then Director of the CIA — tenures defined by advocating for armed conflict, Islamophobia, homophobia, and disdain for human rights. 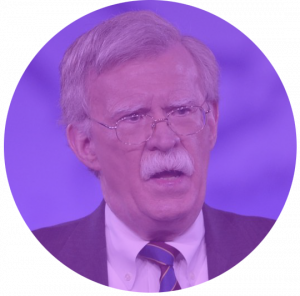 A fringe extremist, Bolton was one of the central architects of the Iraq War – a conflict he still defends as a good idea.

Tensions on the Korean peninsula have the potential to boil over at any moment. While diplomacy has paved the way for an easement of this threat, John Bolton has consistently spoken out against talks with North Korea. In fact, he has advocated for a hit-first, ask-questions-later approach that would surely lead to a conflict and the death of hundreds of thousands. Mike Pompeo may have engaged with the North diplomatically, but his history of calls for regime change, hints of assassinating Kim Jong-un, and lack of diplomatic staff make it hard to put much faith in him.

The Iran Deal is continuing to keep Iran’s nuclear weapons ambitions in check, but the War Cabinet is dead set on tearing up the agreement. Both Pompeo and Bolton have advocated for attacking Iran, the former doing so in the midst of negotiations of the Iran Deal while the latter has said “to stop Iran’s bomb, bomb Iran.” Not only would leaving the Iran Deal destroy U.S. diplomatic credibility and standing with allies, it would risk plunging the Middle East into yet another disastrous war (something Bolton is all-too familiar with).

The War Cabinet could make rising tensions between the United States and Russia even worse. Bolton has called for a “very disproportionate” response to Russian aggression, and Pompeo’s remarks during his confirmation hearing blamed “Russian aggression” on “years of soft policy.” “That’s now over.” With these words, Pompeo made it clear that he has no intention of backing down from what many, including the President, have described as a new arms race. With key arms control treaties set to expire soon, we can’t afford to leave US-Russia relations in the hands of those who see cooperation and a commitment to peaceful negotiation as a sign of weakness.