Time To Break Up…

Wondering if your current relationship isn’t going quite as well as you had hoped? Take this quiz and figure it out! 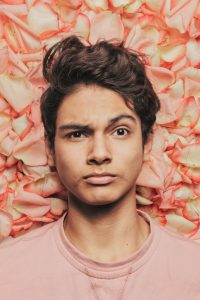 You both decided you needed to stick to a budget. They:

1. Work together with you to figure out how to keep costs low.
2. Don’t quite understand…and see nothing wrong with their $1.7 trillion dollar budget.
3.Totally ignore you and start spending even more on brand-new weapons!

When you bring up your issues, how does your partner react?

1. They come to the table and have a real discussion! It’s 50%/50% – Not 92%/8% (See the gender gap the UN reports when it comes to women at the table during peace talks.)
2. I kind of feel like I’m going crazy…… One minute they’re talking about building new nuclear weapons to deal with North Korea, the next they’re saying they’ve eliminated the threat!
3.Oh boy. Every time I talk about about disarming our nuclear system, they threaten to start a war!

How often do you get the feeling they’re not telling you the *whole* truth?

1. Never! My partner would never try and act like a ‘low yield’ nuke is any different than any other nuke.
2. Well…sometimes they say things like “we’ll outspend and out innovate” right after they were talking about keeping the peace…
3. I’m starting to think it’s happening a lot! All of this talk about peace, but they keep leaving treaties that have been keeping us safe! 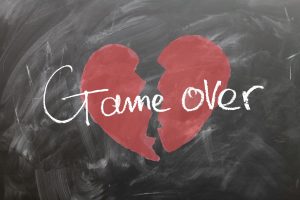 Here’s the deal:
If you picked anything other than A, you probably need to think about whether or not things are working. When it comes nuclear weapons though, we’re not finding any A’s. Instead, we’ve got a lot of red flags.

We’re being gaslighted.
Gaslighting is a common abusive tactic that means sowing seeds of doubt in someone, trying to make them question their own memories, the facts, and the realities.

Even before 1945 and the first tests of atomic weapons, citizens have never really been given the whole truth when it comes the United States and our nuclear weapons systems, but it’s more than just white lies or lies of omission. Take former Secretary of Defense Mattis, who said the “modernization” of our nuclear weapons system, and therefore the creation of new low-yield weapons, “does not require developing a new nuclear warhead or nuclear testing, it does not violate any nuclear arms control treaty, and it does not increase the size of the nuclear stockpile.”  These are all oxymorons… does Mr. Mattis think we can just completely ignore reality?

We’re being victim blamed.
Victim blaming is inherent in our nuclear system, and it’s insidious; it’s not like we citizens decided to spend $1.7 trillion dollars on nuclear weapons.  We have no choice in the matter, but it’s us citizens who would be made complicit in the thousands of deaths inherent to a nuclear strike, and who field the burden of nuclear tests. Nuclear tests and nuclear weapons cost a price, one that is paid in countless human lives across decades, yet rarely enter the conversation.  This is by design; when we’re not forced to confront the idea of thousands of lives lost, and a climate irreparably harmed, it’s pretty easy to focus on keeping up in this new nuclear arms race. Secretary Mattis didn’t mention the human impact once in his letter defending low-yield nuclear weapons.

Promises were broken, We’re being lied to. 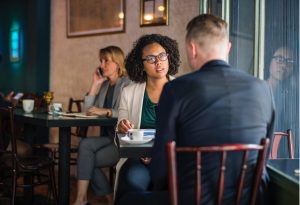 “Sleep well,” President Trump tells us,  “There is no longer a Nuclear Threat from North Korea.” And yet, he was already walking back a few days later, “Honestly, I think he [Kim Jong Un] is going to do these things. I may be wrong,” Trump said. “I may stand before you in six months and say, ‘hey, I was wrong.’ I don’t know that I’ll admit that but I’ll find some kind of an excuse. It’s not just lies though, there have been a lot of broken promises from our current administration; The INF Treaty and the Paris Climate Accord, just to name a few.

Everyone knows you can’t break up the week before Valentine’s day, but now that it’s over, so are we. It’s time to break up with nukes.