There Goes the Neighborhood: Bombs in Your Backyard

When I ask my friends or family to think of nuclear weapons, I am often met with the idea of late night phone calls, men in suits in back rooms, silos in the middle of the country or submarines far, far away. While these are elements of our nuclear system they certainly do not paint the whole picture.

In fact, you may be floored to learn that waste from the creation of nuclear weapons, and bombs in general, could be in your own backyard. I stumbled upon this map from ProPublica a few years ago and was completely blown away by the fact that nuclear waste litters this country. Most people know that Las Vegas and Los Alamos are hotbeds of nuclear activities, but how about my home of Long Island, not too far from the exclusive beaches of the Hamptons? Or, a small working class community outside of St. Louis? But, far and away Native communities are forced to deal with a disproportionate degree of the residue of our nuclear pursuits. 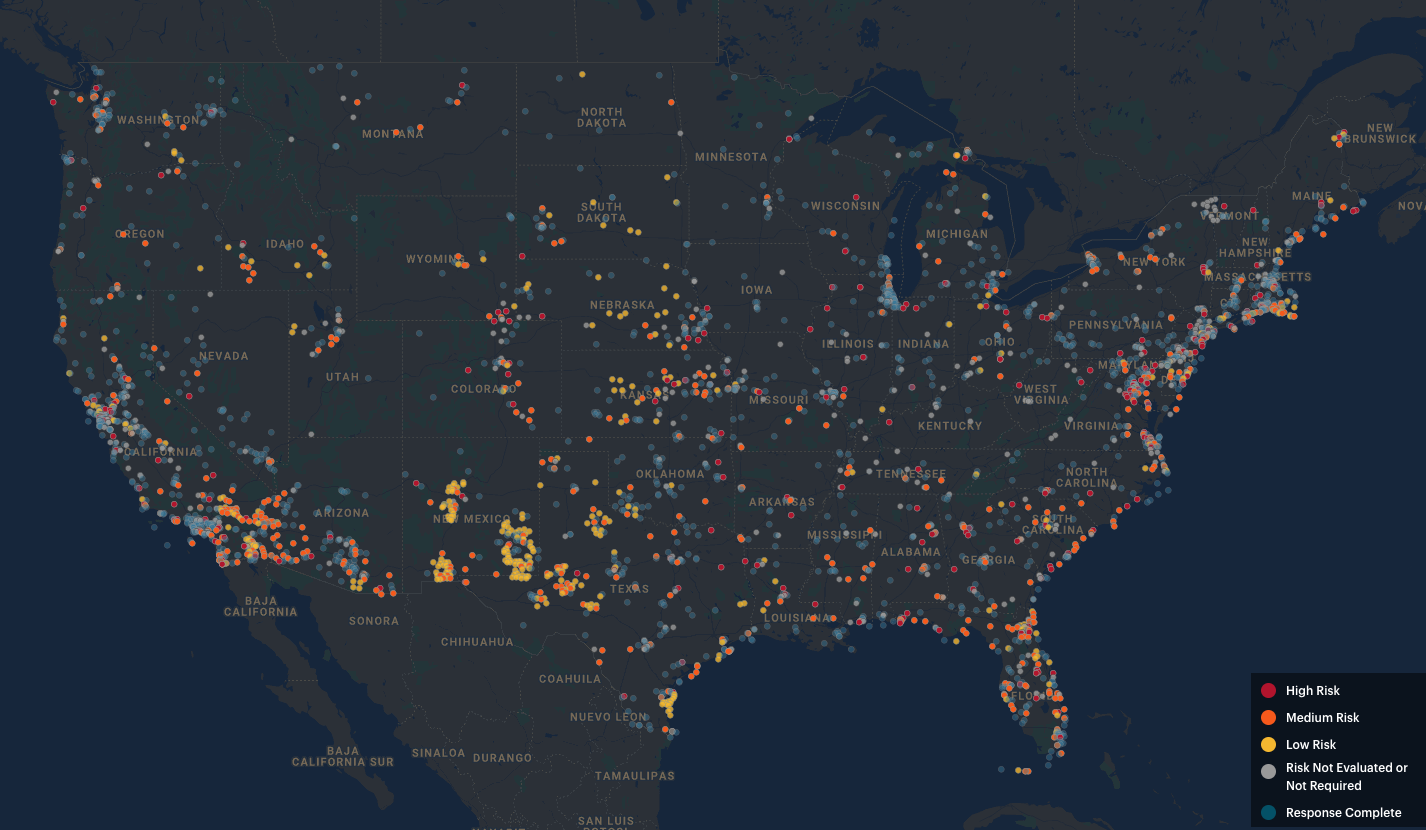 Why should we care? You may find yourself breathing a sigh of relief that one of those dots isn’t very close to your home. Well, chances are, with today’s six degrees of separation, someone you know and love is connected to someone in those communities. And, beyond that, we have a responsibility to clean up our messes. Let me give you an analogy:

Imagine a dog trainer came to town and set up shop next door to you. The trainer is raising police K-9s. Every day, the trainer lets the dogs out and they always make their way to your yard to do their business despite the fence that is supposed to keep them in. The trainer never cleans it up. You complain that the smell is awful and they are killing your grass. The trainer then says that maybe you should move. You counter that your family has lived in this house since your grandparents moved in generations ago. The trainer shrugs and then explains that since these dogs will protect the community you should stop complaining and live with the mess, smell, and obvious sanitation hazard. You, not wanting to seem like you don’t want your neighborhood to be safe, stop going outside as much and start buying water bottles for fear that the dog waste is leaching into your well.

A few months later your neighbor down the block is attacked by one of the dogs that got out when they happened to be walking by. The trainer again shrugs and says that they know the dogs are dangerous but think about how safe the neighborhood has been since they arrived. You, however, have not noticed any difference in the safety of your neighborhood.

Now, you and your neighbors, who rarely went outside because of the dog waste, shuffle around inside all the time, fearful of the dogs and sickened by their waste. You complain but once again the trainer says the dogs’ purpose is to scare away people who would do harm to your community. Having lived afraid of the dogs for a while you allow yourself to latch on to the idea that they can play a role in making you and your neighbors a little safer. Even though you haven’t seen a change in crime there must be a reason your lawn is dead and you can’t drink the groundwater. Why else would the government put you through this? You are temporarily comforted but forget that even if the dogs were released to protect you, they don’t differentiate between who they come across, as your neighbor so terribly found out a few weeks ago. The dogs that were brought to your neighborhood created unintended consequences for you, your family, and your home.

This is what the nuclear system has done to us and our neighbors. It came in without our knowledge or consent and made our communities less healthy. It increased the danger we all live under by putting targets on all of our backs from people who associate everyday citizens with the actions of our government. The bombs in our backyard should serve as a reminder of just how much has been swept under the rug about the nuclear system, how much work it will take to expose it, and how much is at stake, today and in the future.

Let’s invest in solutions for our neighbors, humanity, and the environment. Invest in Beyond the Bomb. Together, we can help cure this broken system and expose it for what it truly is, a piggy bank for arms dealers who don’t clean up their messes and create more problems than they solve.