In 1982, pre-internet, pre-slacktivism, pre-our strange resignation with approaching apocalypse, a million people came together and saved the world.  Chances are you know someone who was there. Or, at least someone who knows someone. We are all basically 3 degrees of separation from saving the world.

I’ll admit that I am prone to hyperbole. I can never accurately state how many times I’ve asked my daughter to clean her room (“I’ve asked you a THOUSAND times!”). I regularly announce that I am TOO TIRED to even stand. I’ve even claimed INCREDIBLE dance skills that are just plain false.

But, on this one, I’m not overstating – those protesters SAVED THE WORLD. The Nuclear Freeze Rally came together on June 12, 1982 in Central Park to demand an end to the nuclear arms race that was the defining characteristic of the Cold War. Through the leadership of Dr. Randall Caroline Forsberg and others, millions of regular people left the comforts of their homes and communities to converge on New York City in a stunning display of solidarity and conscience. 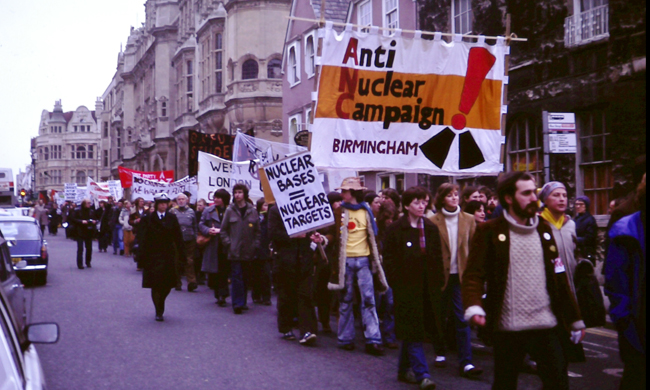 While the Nuclear Freeze Rally didn’t immediately change the minds of those in power, the incredible turnout and atypical composition of the crowd – not “hippy” activists, but regular people concerned about their future – was too powerful to be ignored. Reagan eventually came around to the goals of the Freeze movement – even championing not only a freeze in the nuclear arms race, but reductions of stockpiles. The Freeze Rally put the irrationality of nuclear weapons on full display and was a huge step forward in moving the general consciousness toward a vision of a nuclear free world.

“To those who protest against nuclear war, I can only say: `I’m with you.’” – Ronald Reagan

What do we owe to those Nuclear Freeze protesters who bravely stood up against the “nuclear elite” and declared “not in our name!”? What obligation do we have to pay it forward?

Considering that they SAVED THE WORLD…I’d say, we owe them a lot. But, perhaps more importantly, we owe it to future generations to see it through and win this fight.

Join us today as we thank the Nuclear Freeze protesters and pay it forward by being one of those people that saves the world. You can do it, it just takes a LITTLE action. 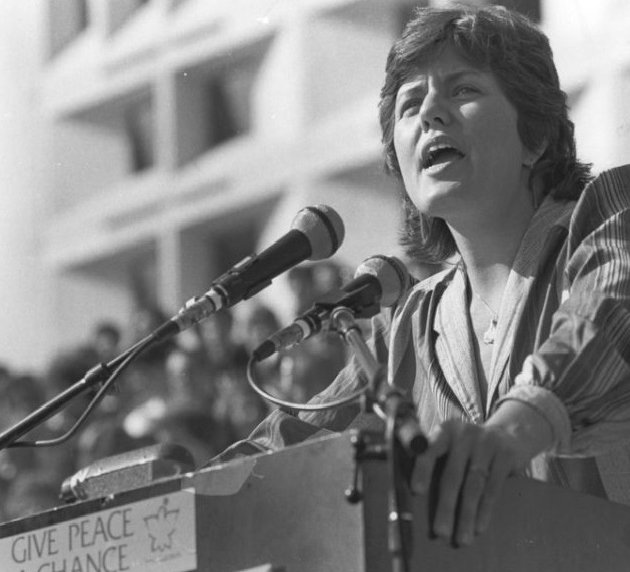 Pivotal disarmament activist Randall Forsberg at a nuclear freeze rally after the release of “Call to Halt the Nuclear Arms Race” in 1980.