Yet again, the United States has found another way to pour an absurd and unnecessary amount of money into its nuclear arsenal. The previous U.S. sea launched cruise missile (SLCM), the Tomahawk Land Attack Missile-Nuclear (TLAM-N), was retired and put to a short rest in 2010. Recently, talk about SLCMs has resurfaced, spurred by the Trump Administration’s call for their revival in the 2018 Nuclear Posture Review. We’re raising the important question: if we didn’t need these weapons in 2010, why would we need them now during a global pandemic? Or ever?

As explained in the 2010 Nuclear Posture Review, the decision to retire SLCMs was based largely on the conclusion that nuclear-tipped SLCMs were unnecessary and offered no real defense benefits. Additionally, there were also hazardous technical concerns with SLCMs’ terrain-matching guidance system and survivability in contested airspace. Furthermore, the 2010 report claimed that “the nature of the U.S. Russia relationship has changed fundamentally since the days of the Cold War,” pushing for de-escalation. In the past, SLCMs were seen as unwarranted, outdated, risky, and, most of all, expensive. However, according to a report from Defense News, the United States has plans to revive these weapons from their shallow graves, with the goal of deploying them in 7-10 years. 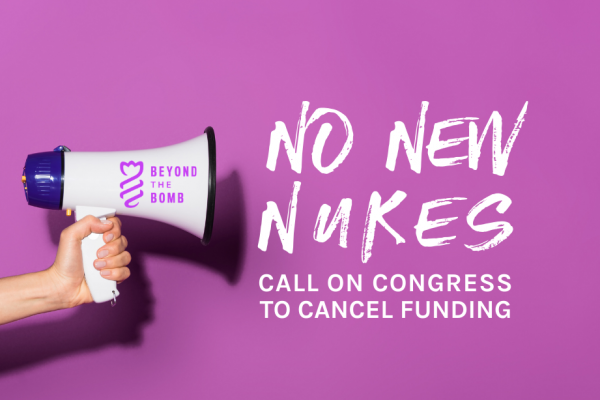 Luckily, arguments in support of SLCMs are flawed and easily dismantled — much like these nuclear weapons. One is grounded in Russia’s violation of the Intermediate-Range Nuclear Forces (INF) Treaty, which doesn’t even exist anymore (thanks Trump). Other support for these weapons relies on anti-Russian rhetoric that frames Russia as the enemy rather than focusing on the steps they have taken to express their willingness to work with the U.S., such as extending the New Strategic Arms Reduction Treaty (New START) — something that the United States and Trump Administration continually delayed despite Russia’s push for a 5-year extension.

New START and conversations about a follow-on treaty continue the bipartisan work of verifiably reducing both Russian and U.S. nuclear arsenals that started in 1994 under former Republican Presidents George W. Bush and Ronald Reagan. One of the original problems with SLCMs was they weren’t verifiable under New START and were used as a scapegoat to develop nuclear weapons outside of the treaty. Bringing these weapons back, especially just after the extension of New START, could further complicate the relationship between the U.S. and Russia. Reintroducing SLCMs has the possibility of resulting in a Russian buildup as opposed to the current negotiated reduction.

Reintroducing SLCMs to the United States nuclear arsenal could not only have an adverse effect on U.S. and Russia relations, but also diplomatic relations with other allies. In the 2018 Nuclear Posture Review, the Trump Administration claimed that SLCMs “contributed to [the] deterrence and the assurance of allies” shielded by the U.S. nuclear umbrella. The reality is almost the opposite, as some allies may be hesitant to have ships or submarines with nuclear weapons in their waters. In fact, SLCMs could prevent some allies from allowing U.S. vessels access to their ports, ultimately barring our ships from allied ports. As laid out by a Carnegie Endowment report, SLCMs could in fact, “weaken alliance cohesion if the prospect of deploying such ships stimulated intense political discord in allied countries.” This would undermine stability instead of reinforcing deterrence among allies.

“It’s like showing up at a buffet and, instead of having a balanced meal, you say, ‘I will just gorge on every single capability that is out there.’ When youonly need a balanced meal to do the job, you don’t need to eat everything at the nuclear buffet table” Senator Van Hollen, 2019

The development of SLCMs on the basis of reinforcing deterrence falls far from actually creating any type of security and may tie the U.S.’s hands when it comes to responding to conflict. Arming submarines or ships with SLCMs would reduce the number of conventional non-nuclear weapons they could carry. If the point of nuclear weapons is to never use them, they are useless and actually limit the ability of a ship or submarine to respond to an attack by reducing the conventional, non-nuclear weapons it could carry.

The Pentagon is currently positioned to spend $9 billion in addition to its already overinflated nuclear weapons budget on the production of SLCM warheads from 2019 to 2028. To put this number into perspective, $9 billion in one year could fund 250.56 million coronavirus tests or supply 2.65 billion N95 respirator masks to citizens. Luckily, U.S. Senator Chris Van Hollen has introduced a bill to stop funding from going to the development of SLCMs. This would help to ensure that the United States’ spending prioritizes and reflects the actual needs of the country. The time is now for action to ensure that these weapons do not resurface. Tell your Senator to prioritize you over a senseless and expensive weapon and support the Van Hollen bill.