The Manhattan Project: Detroit’s Hidden Involvement and the Disastrous Outcome 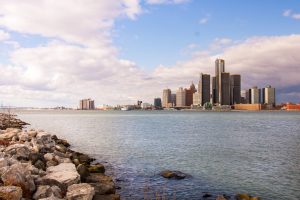 Ah, the 1940s. A time synonymous with swing, pin-up, and war. As the U.S. geared up to join World War II, American people were committed to their unquestioning patriotism. Fortunately for the U.S. government, this meant that they could depend on American people and companies to lend a helping hand, if you will. As part of the war efforts, the government established a large, nationwide project dedicated to building the first atomic bomb. Thus, the Manhattan Project was born.

After the Japanese attack on Pearl Harbor, work on the project began quickly, but silently. This secret operation employed about 130,000 people and raked in $2.2 billion, roughly $29 billion in today’s dollars, with small sites throughout the nation. In 1943, a plant in Oak Ridge, Tennessee, began producing uranium using a process that required cylindrical metal containers, called diffusers. The leader of the Manhattan Project, General Leslie Groves, turned to the Chrysler Corporation in Detroit, Michigan to produce the diffusers, calling the operation Project X-100. While it employed several thousand workers, the project was so secretive that only top executives knew about it. By the company’s standards, the project yielded great results, having produced over 3,500 diffusers to supply the K-25 plant in Oak Ridge. Ultimately, these contributed to the creation of Little Boy, the large uranium bomb dropped on Hiroshima. However, the American people working in this factory, which remained open until the 1980s, never knew what their work was really building.

Not very far away, Revere Copper, a factory located along the Detroit River, was also a production site for the Manhattan Project, constructing uranium rods that were later used for bomb development. Originally founded in 1801 by Revolutionary patriot Paul Revere, Revere Copper was a company historically involved in the production of copper and brass products like cladding, and, more recently, cookware. When civilian production was halted in the 1940s, the plant began producing uranium rods under contracts with the Atomic Energy Commission, a large player in the Manhattan Project. While this plant was closed in 1984, it continued to build the uranium rods during the Cold War, a time marked by the threat of nuclear war with the Soviet Union.

General Leslie Groves later sent a letter to President Keller of the Chrysler Corp, thanking him for their part in the project. Gen. Groves wrote, “No one outside the…project can ever know how much we depended on you and how well you performed.” While Gen. Groves never intended for the public to find out about the involvement of the Detroit factory in the creation of Little Boy, the truth about this portion of the project got out. 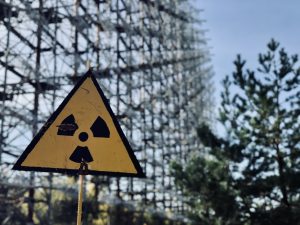 The large Revere Copper plant closed in 1984 and was ultimately demolished in 1989. However, in November 2019, the shoreline of the property collapsed into the Detroit River. The site contained stored uranium and thorium and has great potential for radiation. However, much like Groves had suggested, the Revere Copper site was much forgotten by the public and even listed by the Wall Street Journal as one of America’s “forgotten nuclear legacy ‘wastelands.’” Most Americans paid little attention, including those in Detroit, and the collapsed wreckage continues to garner very little attention in the media.

The U.S. government acted slowly, only responding after they were notified by the Canadian government, and waiting a week before testing the water — the same water that is downstream from the source of drinking water for residents of southeast Michigan. Moments like these must make us question whether the “pure” in “Pure Michigan” actually stands when people in Flint still don’t have safe drinking water, and this spill was almost ignored by the U.S. government. With the demographics of both southeast Michigan and Flint being substantially minority-based, it’s important to pay attention to the response, or lack thereof, that the government makes.

The U.S. public was only given information on the Manhattan Project after the two bombs that resulted from it were dropped on Japanese cities. Even then, details were released slowly, in an orchestrated program of episodes. The historically deliberate and secretive way that the U.S. government operates and stages its information release, or the lack thereof, to the U.S. public should make us consider what is being kept from the public, even today. While the American people were told that the bomb played a tremendous role in ending World War II, they weren’t told that its effects would be felt by innocent people decades after the war, at home and abroad.

The delayed response to the Detroit Revere Copper site spill has proven to be inadequate, as authorities at the site haven’t done enough testing and further remain unresponsive to residents. This lack of reactive response to a home-made dangerous threat to American citizens’ safety should not be tolerated, and we must hold our government and corporations to a higher standard. Our government represents us and should serve us. It’s our responsibility and right to make our concerns and voices heard to protect our lives.