The Greenbrier Bunker: A Reflection of the U.S. Psyche

This article is featured in the first edition of Silo, Beyond the Bomb’s new zine! To purchase a copy, make a donation of $12 or more!

Underneath 6,500 acres of sprawling golf courses, sparkling trout-laden streams, and lavish buildings lies one of the United States’ darkest secrets. What if I told you that for most of the Cold War, the official nuclear bunker for Congress was located in rural West Virginia beneath one of the most luxurious resorts in the country? The secret of Greenbrier Bunker is buried deep below the historic Greenbrier Resort – the lap of U.S. luxury where presidents and foreign royalty alike have flocked for centuries. 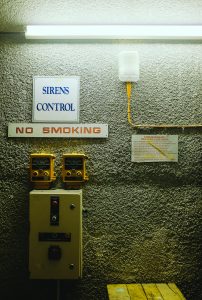 The Greenbrier Resort is about a five-hour drive from Washington, D.C. Hidden beneath the beauty of rural Appalachia is a concrete symbol of the paranoia perpetuated by the U.S.’ nuclear program. The Greenbrier Bunker’s walls and ceiling are made of five-foot-thick concrete guarded by imposing 28-ton metal doors at its entrances. It housed exhibit halls large enough to fit all of the members of Congress. The bunker came equipped with showers, enough food to last for several months, and a cremation oven for the dead.

The existence of this bunker was made public by Ted Gup’s Washington Post exposé “The Ultimate Congressional Hideaway” in 1992. Gup’s piece ultimately led to the closure of the Bunker by revealing this secret the U.S. government desperately tried to cover up. Also embedded within the reinforced walls of the bunker are the contradictions of the United States’ nuclear weapons culture.

The Greenbrier Bunker stands in stark contrast to the myth of the so-called “American Dream” because it is a physical manifestation of the inequalities in our society. 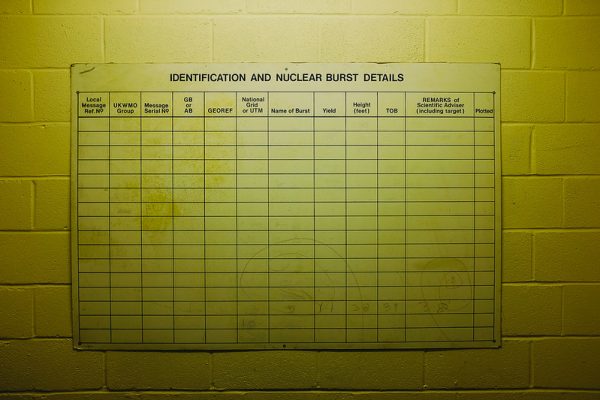 A distinction between the haves and have-nots. In this case, the difference between those who have shelter from a nuclear attack and those who do not. While Congresspeople had the luxury of shelter, the people of White Sulphur Springs in the area surrounding the Greenbrier Bunker had no such privilege in the case of an attack. Shelter availability is just one of many inequalities created by the existence of nuclear weapons. The Bunker and everything it stands for perpetuates an architecture of fear that reflects the paranoia that drove the U.S.-American psyche in the nuclear era. The normalization of the constant fear of nuclear destruction and displacement during the Cold War era has profound consequences for our society today. In the post-Cold War era, this paranoia takes the form of theU.S. constantly looking over its shoulder for rivals in its effort to maintain global dominance.

Beyond the inequality of shelter from a nuclear attack, the Bunker is constructed out of fear, where the wealthy and powerful build walls around themselves to protect themselves.

Photos from “Nuclear Bunker” by scotbot are licensed under CC BY 2.0