Tax day: Your $ Towards Annihilation

It’s Tax Day! Whether you like to check it off your list first thing in January or wait until the very last minute to file – chances are you’ve recently given some thought to your tax bill.

It is no secret the U.S. government uses a huge percentage of our taxes to pay for the military. But, let’s put a fine point on what that means…your hard earned money is paying for nukes. In 2018, an estimated $19.4 billion of taxes went to nuclear weapons. That’s $19,400,000,000. Those eight zeroes should shock you. And, brace yourself: this amount would only increase if the Trump Administration gets what they asked for in their most recent budget request. The government is requesting more money from your pocket to pay for new weapons we don’t need, jobs that only make millionaires richer, and an industry that puts all of us at risk.

The smart folks at the National Priorities Project (NPP) made a nifty tool to help you see where your tax dollars are going. Here’s a small sample based on the average federal income tax of $8,367. 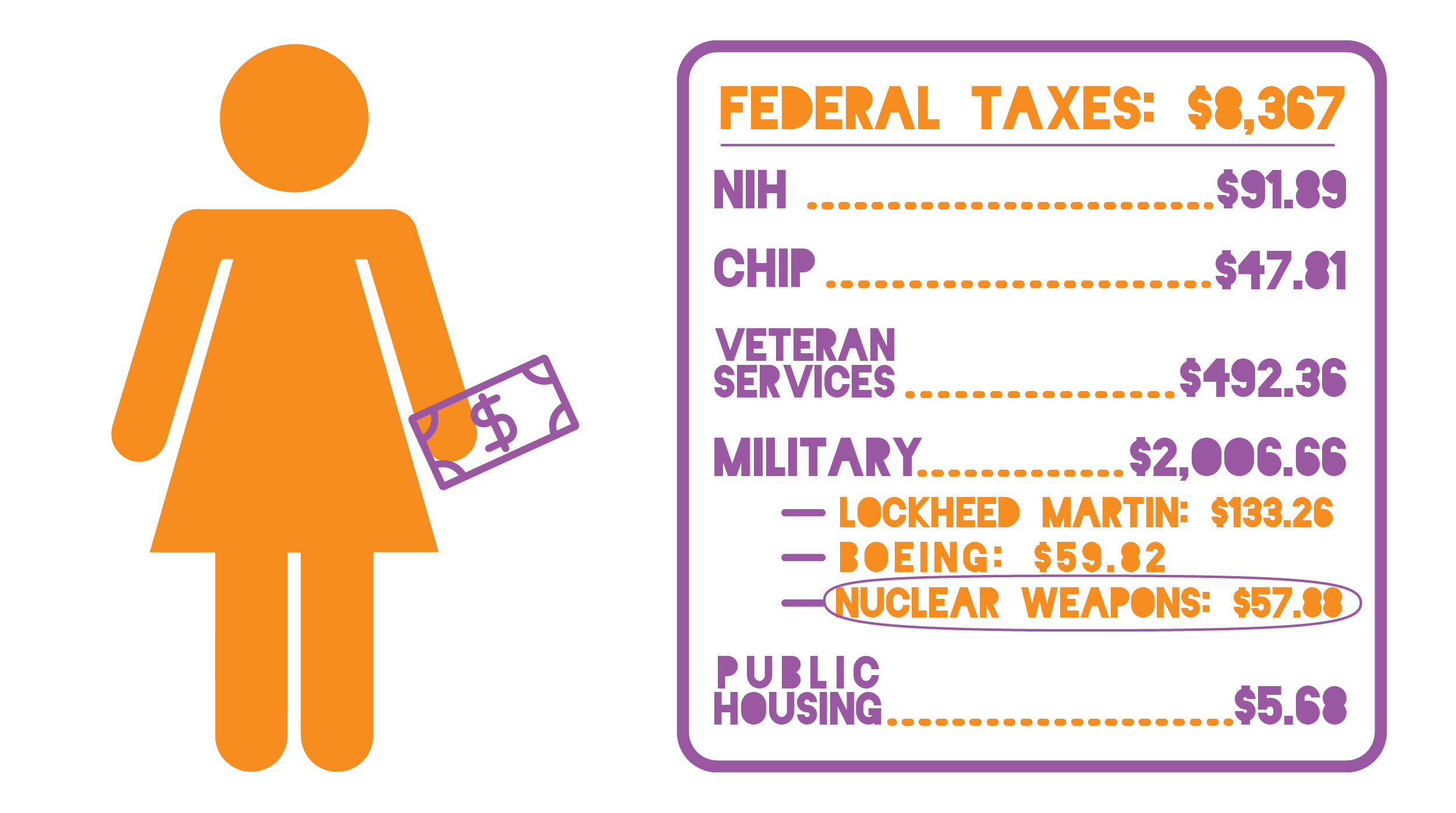 The average taxpayer in 2018 paid $57.88 to nuclear weapons. That might not sound like too much, but multiply that by 140.9 million other taxpayers. It adds up – specifically, to the $19,400,000,000 we talked about above. We know that many Americans would much rather send their tax dollars to programs that will help us all thrive, not cause mutually assured destruction. Like what, you ask? NPP has another handy tool to help us visualize what we could be doing with that money.

The U.S. spends A LOT of money on nuclear weapons that we could be spending on other, much better things. So, this Tax Day, we encourage you to think about how you want your hard-earned money to be spent. And, if, like us, you don’t think nuclear weapons are worth all those zeros after the dollar sign, let your representatives know. To make it easy on you, here’s a quick action you can take.