So You Think You Can Survive a Nuclear Attack? 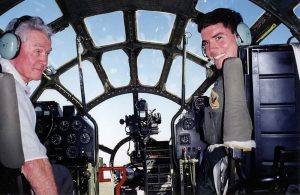 “I didn’t think about what was going on down on the ground — you need to be objective about this,” is what Col. Paul Tibbets, the pilot and commander of the aircraft that dropped the Little Boy uranium bomb over Hiroshima on August 6th, 1945, said about the “very sobering event.” While thousands of people were instantly killed, American soldiers were simply completing a mission and heading on their way. While they were preparing to release this destructive weapon with the ease and objectivity of pressing a button, what was really going on, down on the ground? So far away from the thoughts of Tibbets and the other men on the aircraft, people no different from you and I were simply going to work, school, the store, or sitting at home.

When we learn about Hiroshima and Nagasaki, the only two instances of offensive atomic bomb detonation, we imagine them to be far-away lands from a far-away time where things that don’t happen today happened. In fact, the threat of a nuclear attack is the highest today since World War II, with world leaders constantly threatening each other with these devastating weapons. Unfortunately, our reality is not so far off from the reality of the people who were alive then, and the people who survived those abhorrent attacks.

It’s a typical Tuesday morning. You wake up the way you usually do, carry out your morning routine, and start your day. Nothing special, nothing missing. So many days like this you take for granted and easily forget, your brain filing them away as perfectly mundane and ordinary. You don’t know yet that today will be different. Life is fragile, we all know that, and pop culture loves to reiterate this concept in many forms, including but not limited to “You’re not promised tomorrow,” and my personal favorite, “YOLO.” But, we don’t often think of how life could change drastically, and how many things currently pose a threat to the routine we create for ourselves. How often do we sit down and think, “Huh, I wonder when a nuclear weapon 80 times more powerful than those dropped on Hiroshima and Nagasaki is going to plummet down and destroy everything near me?” Probably not that often — it would put a damper on our planning for the years ahead.

In any case, you are not thinking about everything in your vicinity being obliterated and life drastically changing. You’re probably thinking about what you’ll have for lunch. Sitting in your room miles away from the city, you’re gazing out of the window, day-dreaming. In a matter of seconds, everything is white and you feel the ground beneath your feet pulse. You were unlucky to be looking vaguely in the direction of the blast and now have flash blindness. You won’t be able to see for hours. Thankfully, you’re with someone who can help guide you and knows all the information to survive a nuclear attack — very lucky. For the next few hours, you sit huddled in the basement, sheltered by concrete, waiting for your sight to come back. Once it does, and the blast has subsided, the smoke cleared, you’ll still have to take cover from nuclear fallout coming in the form of black rain. You’ll be sheltering from radiation potent enough to kill you within days. And, for the rest of your life, you and everyone you know who happened to survive this will be running from it in the form of cancer and genetic mutations. 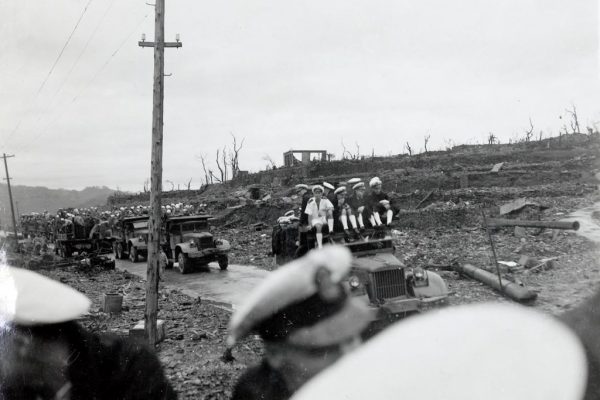 Let’s say this is the case for you, and you happened to be one of the few people who were in the right place, right time, with the right person. Like many of the survivors of the attacks in Hiroshima and Nagasaki, you’ll still have plenty to worry about. You’ll have made it through one of the most horrific events that the world has ever seen, knowing that there are thousands of people, some of whom you may have known, who weren’t so lucky. You’ll wake up and relive the event as the world talks about it on the news, dissecting every detail. You’ll wonder what you could’ve done differently, what it would be like if you’d been somewhere else. This survivor’s guilt, PTSD, depression, and anxiety will be a few of the things that would take over your new life. Having been through a day where everything you knew changed completely, you would wonder if anything you build for yourself in the future would also be taken from you once again.

We don’t often think of how life could change drastically, and how many things currently pose a threat to the routine we create for ourselves.

This doesn’t have to be our reality. As individuals, we cannot allow ourselves to have the control to build and have autonomy over our lives taken away from us. Nuclear weapons are frightfully immoral; not only do they threaten human life, they threaten our individual right to create and live a life of our own. In the U.S., one person — the president — has the power to make this our reality, to take away everything from everyone. Nuclear weapons will not discriminate, they will not look at your house, your skin, your political affiliation. The unique threat of nuclear weapons makes them far more evil than any weapon in existence today, and very easy to oppose. Join the fight to put more control in the hands of the people, and checks and balances on nuclear weapons. We can only do so much if it happens, so let’s make sure it never does.