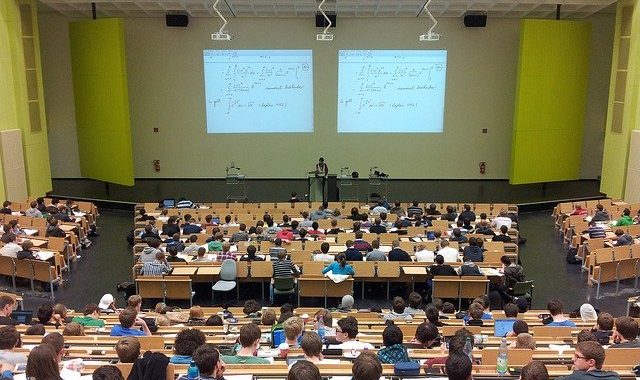 Schools and the Bomb 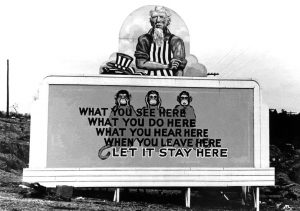 Chase Enright is a #FutureFirst Spring Fellow and a recent graduate of the Josef Korbel School of International Studies at the University of Denver. In his spare time, he researches early nuclear history and conducts geospatial analyses.

The United States’ nuclear weapons enterprise simply would not exist without the active help of American colleges and universities. From the Chicago Pile to the University of California, Berkeley-run national laboratories, institutions of higher education are the lifeblood that allow the U.S. to remain a nuclear power. They educate and indoctrinate the next generation of weapon scientists and engineers. They conduct the basic research used to refine the mechanisms used in weapons of mass destruction. This is not a new state of affairs: from its conception, the American atomic saga has been inextricably conjoined to higher education.

The Manhattan Project practically emptied whole departments at the greatest research institutions across America as scientists joined the A-bomb project by the thousands. Another, Operation Crossroads, was scheduled, in part, so that scientists could get back to the U.S. in time for the school year. The nuclear weapons complex continues to rely on American educational institutions today. As discussed in a recent International Campaign to Abolish Nuclear Weapons (ICAN) report, the National Nuclear Security Administration (NNSA) directly cooperates with multiple colleges and universities on tasks ranging from explosives research and staff training to on-campus recruiting. For the NNSA, the last of these tasks is possibly the most urgent. As the NNSA will discuss any time they have the chance, they are facing critical personnel shortages and are having trouble replacing retirees.

This presents an interesting opportunity for the nuclear risk reduction community. Nuclear weapons can only be designed and built by people who have been educated somewhere. If the supply of fresh talent to the national labs were to be cut off, it would seriously hinder or stop new weapon design and production. This may be a generational task rather than a rapid response solution to nuclear abolition — but it is one that is worth considering.

This human-centric approach to nuclear disarmament finds an ideal setting on colleges and universities. Unlike material-centric approaches to arms control, restricting human capital can be done without Congressional acts or court approval. Indeed, it does not require broad public consensus, only the support of students, faculty, and staff.

Working with pre-existing activist groups on campus will be crucial to change norms surrounding the acceptability of weapons-related work. Further, departments could change tenure criteria so that work on nuclear weapons does not count toward tenure experience, which would create strong disincentives for faculty. Together, these actions could significantly impact nuclear weapons work on campus, and could be accomplished via student activism.

There are challenges to eliminating nuclear weapons research on campuses.  Nuclear weapons research provides hundreds of millions of dollars worth of funding to academic institutions annually; without this funding other, non-weapons related, research may go unfunded. Just as the Manhattan Project resulted in multiple, important scientific advances, nuclear weapons research continues to contribute to the body of scientific knowledge today. Drawing the line between weapon and non-weapon research is not clear-cut. Multiple research fields, like high energy physics, are inherently dual-use and will need further consideration. But these are not insurmountable obstacles, and student groups should look towards previous movements, such as the Anti-Apartheid movement and fossil fuel divestment campaigns, for inspiration.

Even with these challenges, targeting nuclear weapons-related activities on campuses could provide the most impact with limited resistance from students and faculty; compared to changing the general public’s opinion or directly fighting the U.S. defense-industrial complex. First steps can be small. Like working with existing groups on campus to ban the NNSA from attending student job fairs, or raising awareness of the nuclear research done on campus.