Jasmine Wofford is a senior majoring in political science at Appalachian State University. She has worked with nonprofits, as well as her local and state officials, on issues regarding homelessness, food insecurity and women’s rights. In her free time, Jasmine enjoys kayaking, hiking, and experiencing what beauty the Appalachian Mountains have to offer!

While two of these are forms of birth control and one is a planet-altering weapon, all three have a lot more in common than one would initially think. Just consider the similarities between who it is making the decisions and who is directly affected by them.

Who makes the decision on birth control and to what extent?
In the United States, it’s the state and federal governments that make the decisions on policies regarding birth control. Historically, our government has been male dominated — and the Trump administration is no different, with men holding 18 of the 22 cabinet seats. The current administration has a reputation of favoring conservative policy, so it wasn’t shocking when they rolled back women’s access to contraceptives covered by their insurance under the Affordable Care Act (ACA or Obamacare). The administration has gone so far as to petition the Supreme Court to review the ACA’s contraceptive coverage requirement as of 2019. On top of that, they also launched a final rule last November that would allow nongovernmental employers to request a moral or religious exemption from providing contraceptives.

Who is impacted by the birth control discussion?
The burden of birth control falls mostly on the shoulders of women. Even though there was an injectable male form of birth control in the works, the testing was halted due to “unhealthy” side effects — which happen to be the same side effects you see listed on the FDA approved packaging of birth control taken by so many women across the globe. Yet, many women suffer through these side effects because of the significant benefits birth control has on their lives; a study by Planned Parenthood shows that since the daily oral pill became available in the 1960s, women’s enrollment in college and entrance into skilled careers skyrocketed. Outside of preventing pregnancy, birth control is used to treat  things like acne and chronic health issues. Birth control can also be a life-saving medication for LGBTQ folks!

Women also have to deal with a male-dominant administration implementing policies that make it more difficult for them to get birth control. Even under the ACA, some still have to pay. Insurance companies are not required to cover any brand name options, and low-cost insurance isn’t technically required to cover anything at all. Many women are forced to pay for birth control themselves, often daunting or altogether impossible, or they just go without. Easy access to birth control can also be critical to women living in domestic violence situations. Lots of reasons to let women make their own decisions about their bodies, huh?

Who makes the decision about nuclear weapons and to what extent? 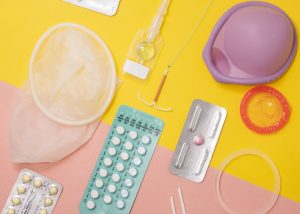 In the United States, the president has sole authority to launch a nuclear strike, meaning no one stands in their way. Most discussions about nuclear weapons take place in the upper levels of the military, a space once inaccessible to women. But, women and other marginalized groups have historically led the charge for peace and they should be included in decisions concerning our nuclear arsenal. Angela Davis, who’s made a heroin of herself by fighting for world peace, pushed for the abolition of nuclear weapons during speeches given in the 1960s and 70s in which she also paid homage to other grassroots groups doing this work. In 1980, she released the timeless essays “Women Culture Politics,” a series that condemns nuclear weapons. Furthermore, some of the earliest and strongest protests against nuclear weapons were organized by a group called “African Americans Against the Bomb,” one of many groups to come out of the Black Freedom movement.

Who is impacted by the decisions made about nuclear weapons?
Nuclear weapons release a dangerous combination of short-term, immediate destruction and insidious long-term hazards. Demographic factors, like sex, largely influence a subpopulation’s radiosensitivity. For instance, studies have shown that the female body faces more severe consequences to radiation than the male body. The harsher side effects are due to women’s naturally smaller frames and organs, so the same amount of radiation would impact a woman more than a man. And because their reproductive organs are inside of the body near vital organs, the spread of radiation to those organs occurs more easily.

Another consequence of nuclear war comes after the stratosphere has been polluted: famine. Studies have shown that women and girls face the largest burdens associated with famine. Since 2017, the high rates of starvation in Yemen, Somalia, South Sudan, and Nigeria have caused the UN to declare conditions in these countries the largest humanitarian crisis since World War II. Women and girls are particularly vulnerable to famine because they hold the least amount of power and status. In situations of extreme crisis, like nuclear war, their basic needs are only pushed lower on the list of priorities; this, of course, includes their sexual health and reproductive rights that are already at risk. 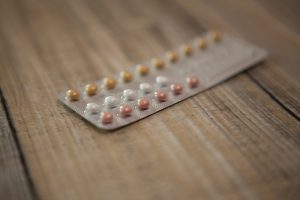 Looking at the intersection of women’s sexual health, reproductive rights, and nuclear weapons policy, women are the most heavily affected population — yet have the smallest voice in decision-making. In all of these, the public is being stripped of its bodily autonomy.

With sole authority in place in the U.S., everyone on the planet is forced to live under one person’s choice to launch a nuclear weapon. There’s no autonomy in that. The implementation of the No First Use bill is a sound first step to begin to fixing this inherent inequity, and we encourage you to check out some of the other amazing groups doing work to protect contraception access below: