Remembering All The Victims of the Hiroshima and Nagasaki Bombings 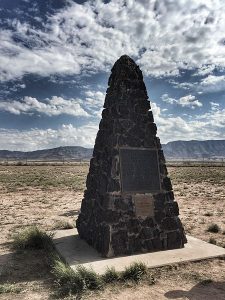 Since coming to fully understand the enormity of what nuclear weapons do, I become a little melancholic as August approaches. On the 6th and the 9th of August we will mourn the lives taken during the bombings of Hiroshima and Nagasaki. These bombs left not only a trail of devastation where they were detonated, but still affect the citizens of our nation who were spurred to create them for some misguided sense of security.

The bombings of Hiroshima and Nagasaki were the first and only times that nuclear weapons have been used in combat. Those bombings took the lives of roughly 200,000 Japanese civilians in the initial aftermath. However, it is important to remember that with nuclear weapons, it is not just the initial detonation that can take lives, it is also the radiation left over that can kill slowly and insidiously through radiation poisoning and cancer. It can be easy to forget that in reality, the number is much higher than 200,000.

In the words of a survivor, or Hibakusha, Yasujiro Tanaka, “Thankfully, I survived. But since that day, mysterious scabs began to form all over my body. I lost hearing in my left ear, probably due to the air blast. More than a decade after the bombing, my mother began to notice glass shards growing out of her skin – debris from the day of the bombing, presumably. My younger sister suffers from chronic muscle cramps to this day, on top of kidney issues that has her on dialysis three times a week. ‘What did I do to the Americans?’ she would often say, ‘Why did they do this to me?’”

The toll that nuclear weapons has taken here at home and the lives lost in the pursuit of those same weapons are also overlooked. In the US’s quest for nuclear weapons, it took the lives of their own citizens. And, there are people still suffering the effects of radiation today.

The Trinity test was the first test of a nuclear weapon and was conducted as part of the Manhattan Project in Los Alamos, New Mexico. Between the mining, refining, and testing for the Project, people in the surrounding areas, especially indigenous peoples, suffered the effects of radiation carried on the wind or stored improperly nearby. Those working at Los Alamos were also exposed to high levels of radiation — so much so that the government created a fund to compensate those “downwinders” who have lost family members to medical conditions associated with radiation exposure or who are battling the health effects themselves.

It is unsurprising though that those benefits do not extend to everyday citizens, and especially native people who live near Los Alamos. Sadly, there has been little research done to truly understand the number of lives lost, or how it is impacting current and future generations. Despite the existence of the Radiation Exposure Compensation Act, many families who are affected are not covered by the bill. Some Members of Congress have tried for years to pass amendments that would expand eligibility and acknowledge those who have suffered without recompense by issuing an apology to impacted communities who have been ignored.

It doesn’t end with those living near test sites though. It is also Americans near other labs or outposts of the Manhattan Project. In a suburb of St. Louis sits a toxic superfund site, the West Lake Landfill. Waste from the creation of nuclear bombs was shipped to this landfill and left exposed and unmonitored for years. It wasn’t until some mothers noticed their family and friends becoming sick that they looked into what was in the landfill and realized it was a superfund site. The EPA has announced numerous times that they will clean the site, but recently delayed those plans yet again, saying they need more information. This is rather alarming in its own right but made doubly so given that an underground fire has been working its way closer and closer to the radioactive area of the landfill since I began monitoring this situation in 2017.

As we move into August, let us remember the victims of the bombings in Japan and let us grieve that so many innocent people were taken from the world. Let us also grieve and acknowledge those whose lives were irreversibly changed by working on or living near the sites that produced these weapons. Nuclear violence isn’t just a detonation: It is all the steps leading up to it, from mining to refining to storage. And, as our government seeks to reopen nuclear pits and produce more weapons, we must remind them that the human cost shouldn’t just be calculated in a war room.

What did I do to the Americans? Why did they do this to me?