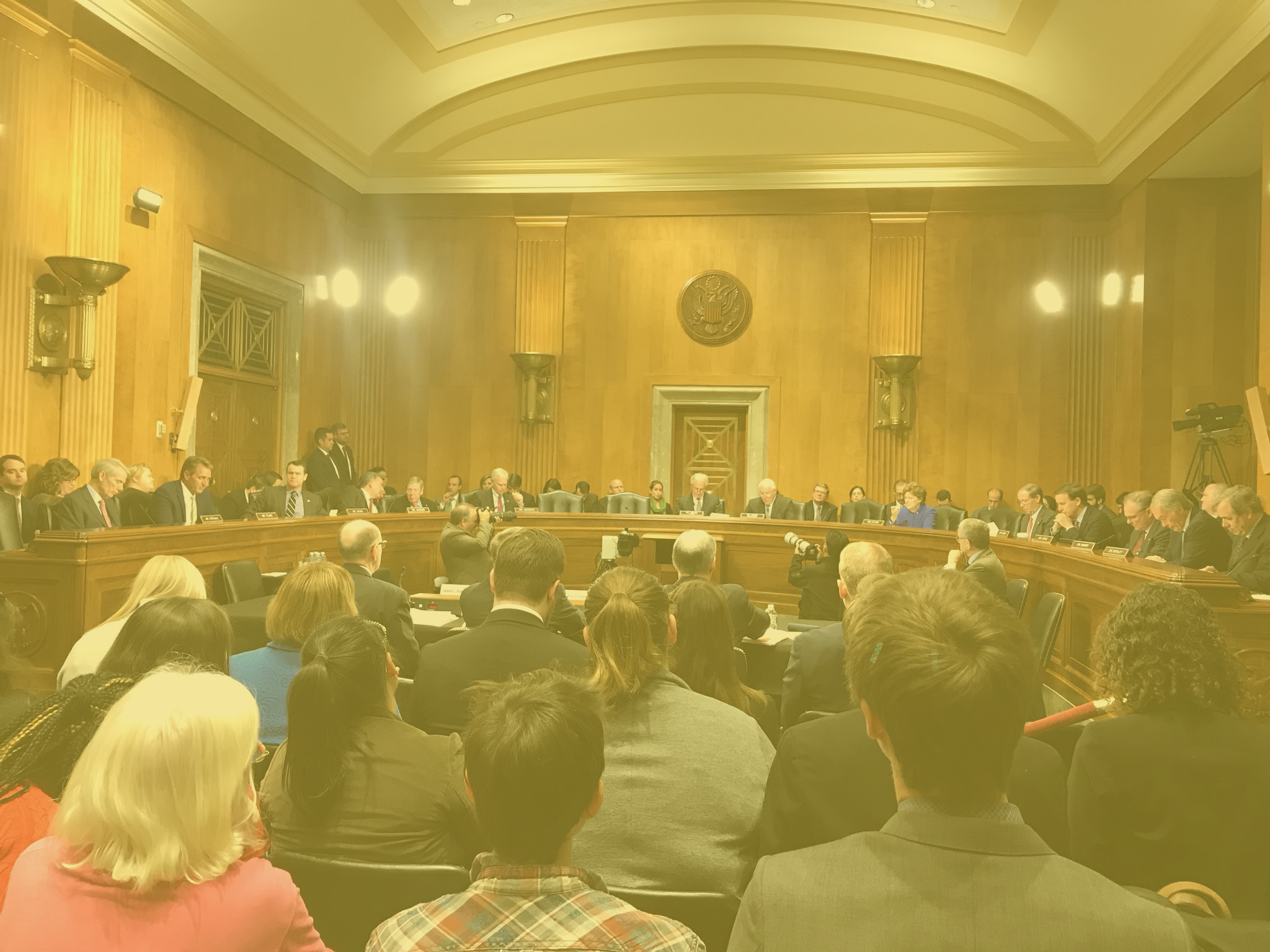 Ahead of the hearing, Lillyanne Daigle, chief spokesperson for Beyond the Bomb, a new grassroots movement to prevent nuclear war, issued the following statement:

“As the President flails from one disaster to the next, Americans are increasingly alarmed about Trump’s absolute authority to use nuclear weapons. Today’s hearing shows that anxiety is now spreading among members of Congress as well. The fact that a Republican senator has initiated this process tells you everything you need to know about how serious and pervasive these concerns are.

“Donald Trump is a walking, talking case for dismantling a system that relies so completely on the judgment, temperament and emotional state of one person. It is profoundly undemocratic and dangerous. That the Senate Foreign Relations Committee is finally looking into this is a step in the right direction, but it can’t stop with an inquiry. This president has taken us closer to the brink of nuclear war than we have been in generations, and it’s time for Congress to urgently intervene.

“There are already practical solutions on the table, and more are in the works. A good place to start is the Markey-Lieu bill, which would force Trump to seek a Congressional declaration of war before launching a nuclear first strike. That would buy us some time to pursue other critical reforms that overturn the unjust, undemocratic U.S. nuclear system — like enacting a strict policy of no-first-use — and walk us back from the brink.”

Local Beyond the Bomb activists will attend the Senate Foreign Relations Committee hearing on Tuesday, November 14th, in silent protest to demand that senators take concrete steps to rein in Trump’s unilateral power over the U.S. nuclear arsenal. Activists will be wearing safety masks bearing messages and shirts with targets on them to highlight the dangers of Trump’s finger on the button.

To speak with a member of Beyond the Bomb before, during or after the hearing, please contact Brett Abrams at 516-841-1105 or by email at [email protected].

Beyond the Bomb is committed to building a grassroots movement to move us back from the brink of nuclear war, dismantle the nuclear system, and to secure a just future for all. For more information, please visit www.beyondthebomb.org.