It can be easy to think of the issues surrounding nuclear weapons as black and white, considering only the possibilities of life or death. In reality, it may be more productive to consider the gray area that is present within the nuclear weapons sphere.

What are the hardships and altered conditions of those who escaped a fatal interaction with nuclear weapons, but did not truly escape because they did indeed lose a part of their lives to resulting illnesses? The answers to this question are likely to be infinite; the impacts of nuclear weapons on different marginalized groups of people are countless. Therefore, as a woman and an individual with a uterus, I was curious to see how nuclear weapons have particularly impacted similarly identifying people. This was especially a fitting topic to explore during Women’s History Month. It was disheartening (but not shocking) to discover the harm nuclear weapons have had on the minds, reproductive systems, and bodies as a whole of people with uteruses. 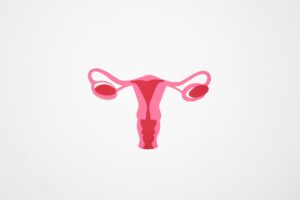 One study explored the effects of radiation on survivors of the bombings of Hiroshima and Nagasaki. An important analysis to note is that this study found that the impacts of the bombs differed from gender to gender. The research showed that radiation exposure was more likely to detrimentally impact women as it was likely to lead to more sex-specific cancers such as breast cancer. As a whole, young women exposed to radiation were found to have double the likelihood of developing cancer than men.

Given that the effects of radiation and nuclear bombs on human health was incomprehensible to the general public at the time, the survivors of the bombings also faced social discrimination and were denied human rights like housing, food, employment, and more. Women in particular were treated far worse than the rest of the surviving population because there was this idea that radiation exposure “contaminated” them (in reality they were just suffering the health effects of the exposure). With that misconception, they got heavily discriminated against and even shamed for the issues they were experiencing like sterility, birth defects, and leukemia. This widespread belief made it difficult for women to get married and start families.

Uranium mining took place throughout communities in the United States to support the production of nuclear weapons. While some of the mines have been cleaned up, a large number have not and continue to harm communities. This poses adverse health effects to members of those communities due to proximity or previous employment in the mines (and the resulting transfer of radioactive materials from the workplace to home). In South Dakota, the indigenous community of the Ogala Lakota people has had their health tormented by the presence of uranium mines. The community has experienced higher rates of kidney disease, cancer and birth defects. Lakota women have experienced miscarriages and developed reproductive cancers as a result at a particularly high rate due to the radioactivity and direct metal toxicity brought on by these mines. 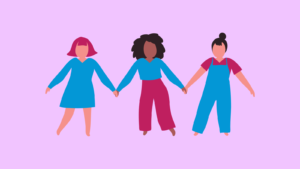 The damage of nuclear weapons does not stop there. In fact, it goes far beyond what the eye can see. Research shows that women, in addition to being impacted physically, are also experiencing psychological conditions as a result of radiation contamination. The United Nations Institute for Disarmament Research states that after the Chernobyl accident, European women were feeling more stress and experiencing more mental health issues due to fear of radiation and radiation spread than their male counterparts. At this time, people were forced to evacuate their homes; and displacement brought on a slew of emotional and mental health-related issues for women who faced a higher threat to their rights with the possibility of relocating to countries with harmful, discriminatory systems in place. Researchers also analyzed and detailed the impacts of the Marshall Islands nuclear tests on Marshallese women who have recounted feelings of shame and humiliation from the invasive examinations they were subjected to during the evacuation process.

In just about every area of the body, women and individuals with uteruses have experienced disproportionate trauma in the aftermath of exposure to nuclear weapons, waste, or accidents.

However, we cannot assume that our mostly male political representatives will inherently know what is best for us. We must make our voices heard and be involved with the discourse around the development, testing, and use of nuclear weapons. As a way to honor Women’s History Month and International Women’s Day, join us in our fight to free the planet from nuclear violence. Take the first few steps today and tell your Representative to support No First Use, support the expansion of The Radiation Exposure Compensation Act, and stop missile modernization.