#NoWarWithIran: Writing Letters to the Editor to Resist War

Trump is trying to launch the globe into another endless war. Now is the time to flood our local papers with letters to the editor calling on every American, from our neighbors to our representatives, to stop a war with Iran. 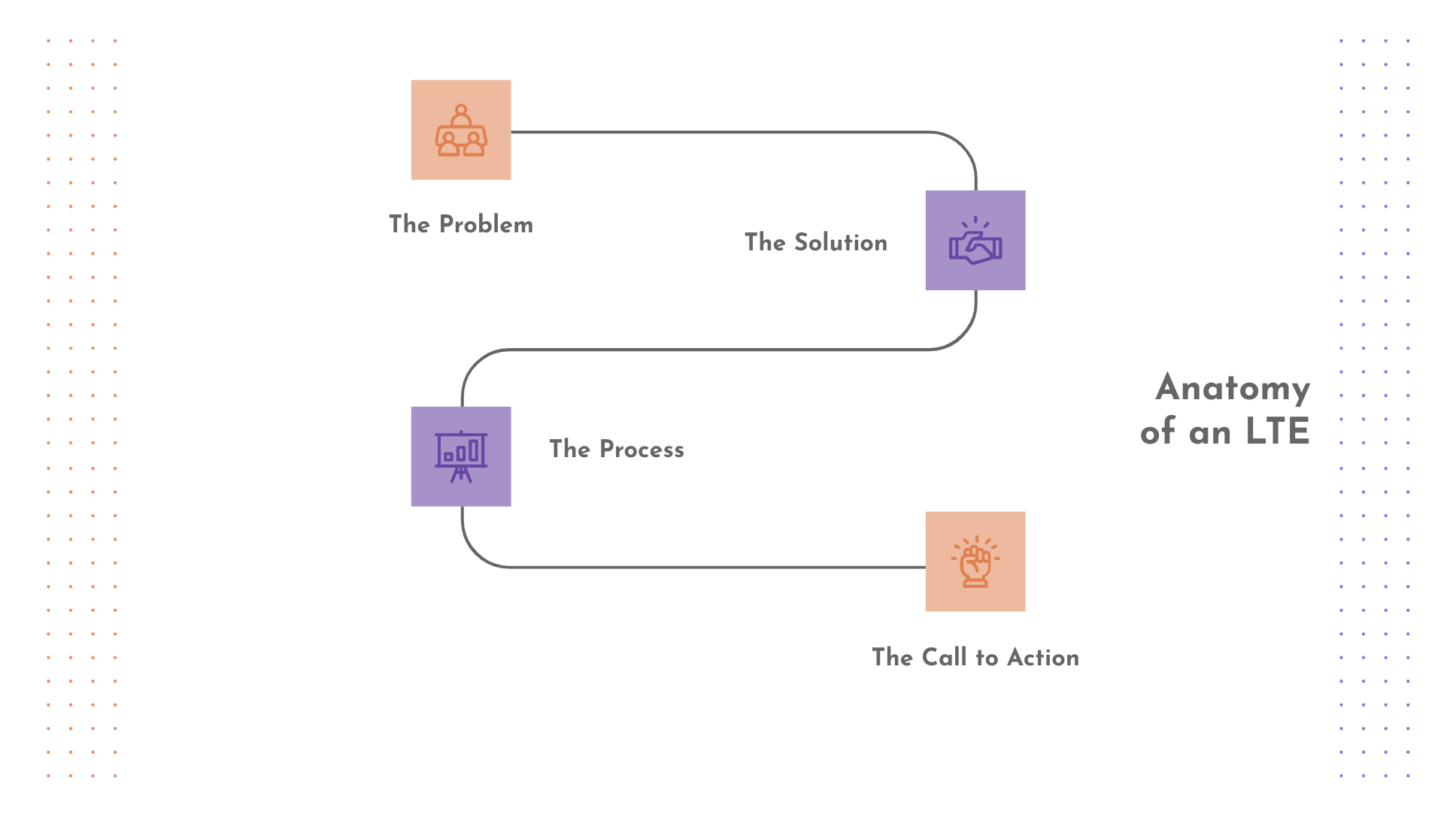 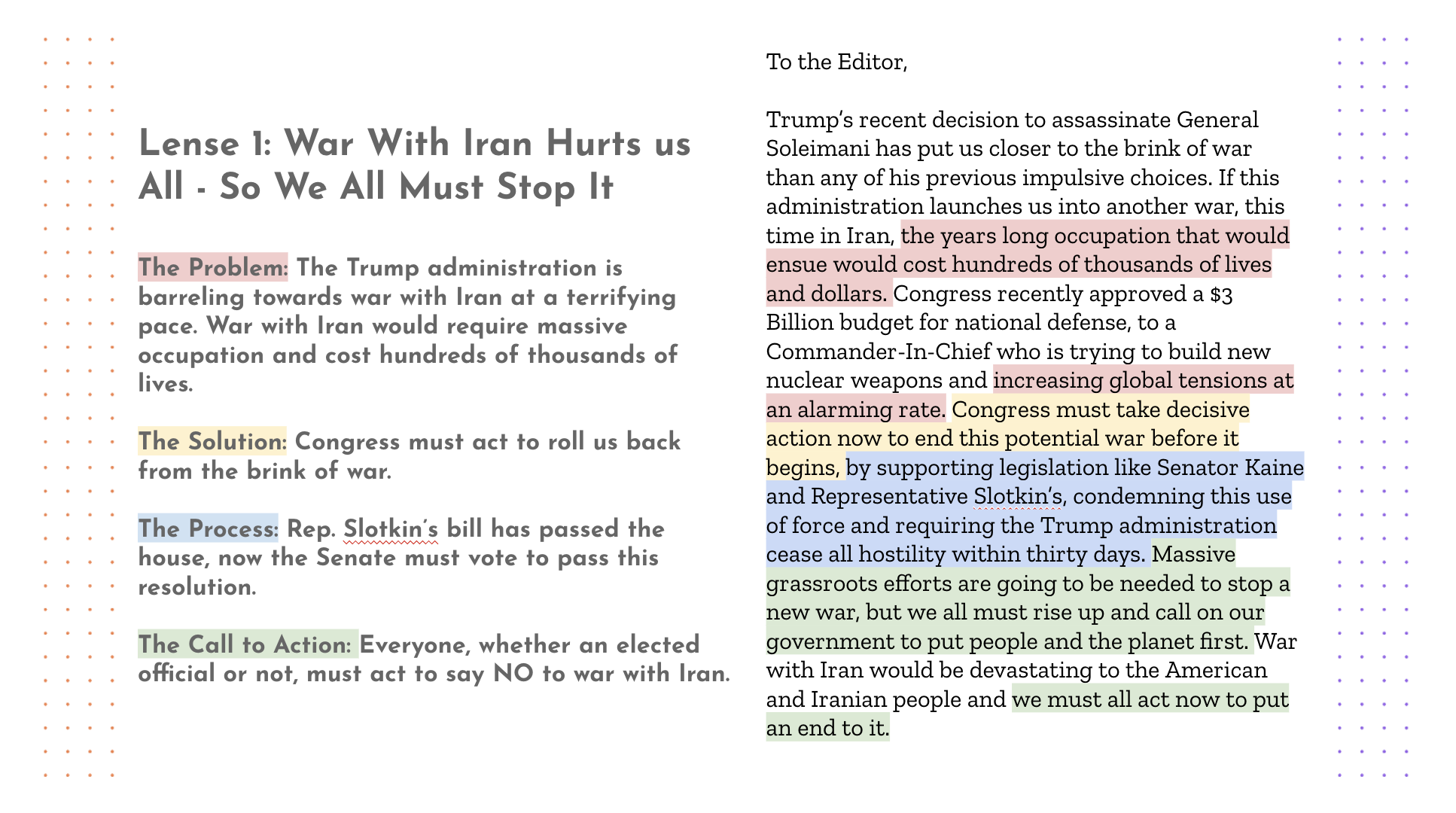 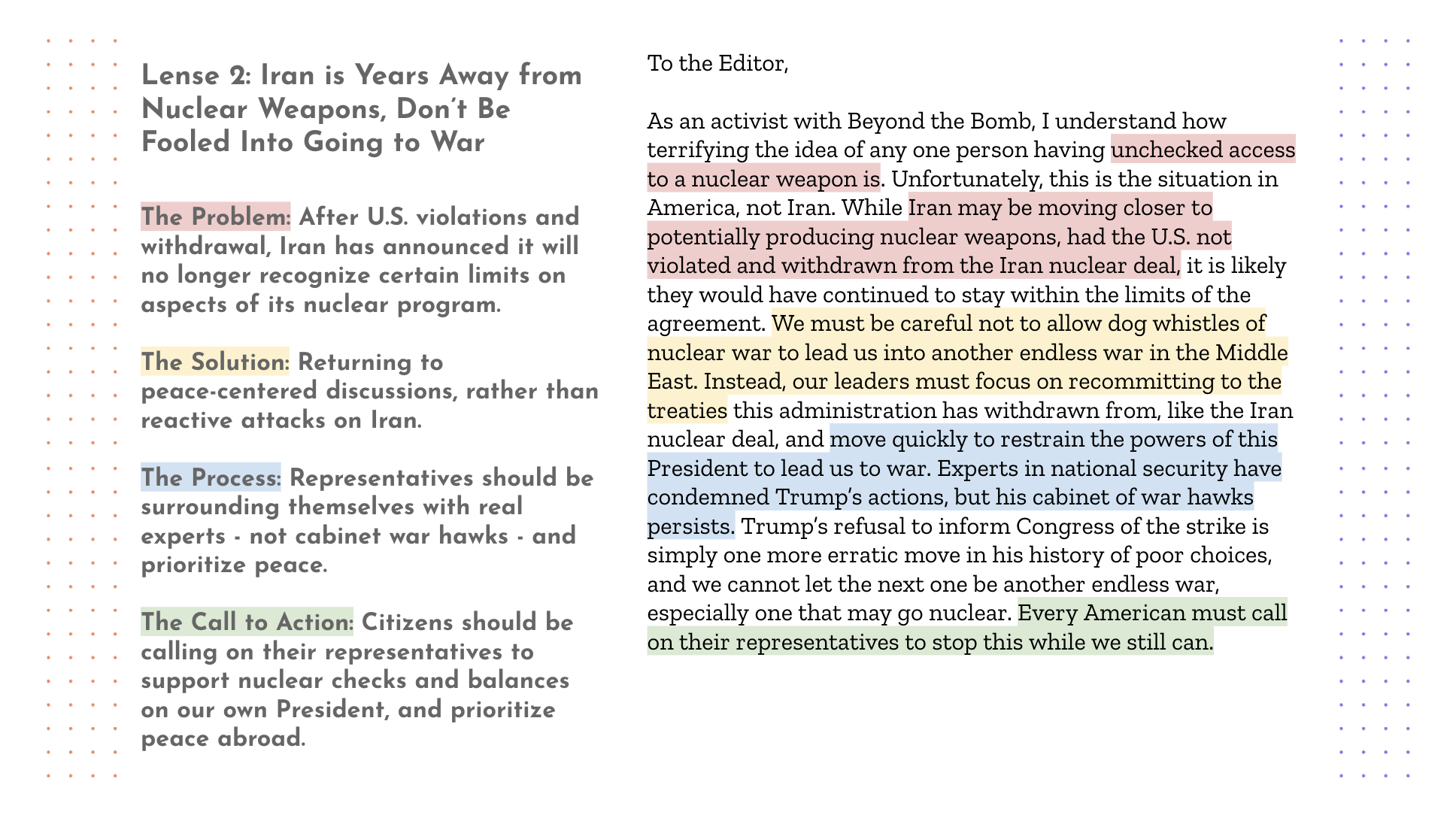