Multilateralism is in, Nuclear Weapons are not

The 76th session of the United Nations General Assembly (UNGA) recently concluded and the theme for this year’s annual debate was “Building resilience through hope – to recover from COVID-19, rebuild sustainably, respond to the needs of the planet, respect the rights of people, and revitalize the United Nations.”

World leaders from all corners of the globe participated either in-person at the renowned General Assembly Hall in NYC or through virtual means from their respective countries, which is a true reflection of the current state of the world as we try to combat and overcome COVID-19. 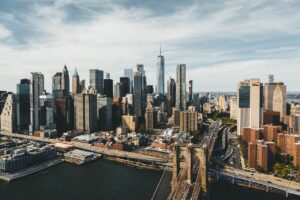 Year after year, these influential leaders deliver statements that highlight their priorities, interests, and concerns. This year, a few notable common issues mentioned include creating adaptation and mitigation strategies to prevent and tackle the devastating effects of climate change, collectively combatting COVID-19 by ensuring the fair and equitable distribution of vaccines globally, and advocating for a world free of nuclear weapons.

The UN has 193 Member States and 2 Observer Members, which raises the question: why aren’t we more alarmed about one of humanity’s greatest threats, nuclear weapons? How many countries actually raised this issue, you ask? Not enough! Shoutout to those countries who have called attention to it though, such as Costa Rica, Nigeria, Ireland, New Zealand, San Marino, and Oman, just to name a few.

The fact that nuclear weapons still exist is unfortunate and unfathomable. Although we haven’t seen the use of these destructive bombs since 1945, their very existence is worrisome, costly, and threatens the lives of all internationally. Just this year alone, we have witnessed a series of ballistic missile tests by North Korea, including an unprecedented hypersonic missile, aggressively joining the arms race. This is disturbing because just as a friendly reminder, the use or testing of nuclear weapons is disproportionate, indiscriminate, and inhumane. For instance, the health and environment of communities in former nuclear testing areas, including the Marshall Islands, Kazakhstan, Algeria, and the United States continue to be affected today by the impacts of ionizing radiation released from nuclear tests that occurred decades ago.

But if the UN has taught us anything, it is the power and collective benefit of multilateralism. In simple terms, multilateralism can be defined as the practice of coordinating national policies in groups of three or more states through ad-hoc arrangements or by means of institutions. Global problems require global solutions, exemplified by COVID-19 and climate change. 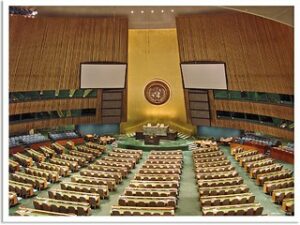 When it comes to nuclear weapons, maybe the multilateral agreements in place don’t get enough credit in trying to prevent the spread, testing and use of nuclear weapons. There’s the Nuclear Nonproliferation Treaty (NPT), the Comprehensive Test-Ban Treaty (CTBT), and the African Nuclear-Weapons-Free Zone Treaty, just to name a few profound examples. The ultimate goal of these treaties are essentially to promote and achieve disarmament, nonproliferation, and denuclearization.

But we, as the international community, need to build on this momentum and strive to achieve more: a world that places the safety, security, and well-being of humans at the center of all of our policies, strategies, and multilateral frameworks.

This means leaving behind our obsolete understanding of balance of power and geopolitics. Given the ongoing trend that our challenges are becoming increasingly interconnected and transnational, nuclear weapons are an additional unnecessary threat that we, as the international community, can eventually eliminate. As long as these destructive weapons exist, the full potential of our physical and mental well-being, security, and prosperity will be hindered. In other words, nuclear weapons neither serve our interests nor do they provide solutions to our world’s collective challenges such as the effects of climate change and pandemics that will become more frequent.

It is time for our global leaders to come together and prioritize the citizens whom they are supposed to serve. A few actionable steps that our most powerful leaders can take include placing the threat of nuclear weapons high on their agendas, deepening collaboration to promote and ensure disarmament and nonproliferation globally, and redirecting funds spent on weapons of mass destruction to better meet the needs and services of human beings.

Let’s build resilience through hope and leave nuclear weapons in the past, where they belong.