With news the Biden Administration’s Missile Defense Review is now underway and supposed to be finalized sometime next year, it is a good time to take stock of some of the more contentious issues it will have to address and unpack what missile defense really means! Ultimately, missile defense programs like the Ground-Based Midcourse Defense are unreliable and wasteful, perfectly demonstrating how bureaucrats prioritize boondoggles over real economic and national security.

Nuclear weapons policy is jam packed with acronyms that can be misleading or confusing, and the missile defense subfield may be one of the worst offenders. Let’s break it down;

There are different variants of ballistic missile defense, or BMD, depending on how large an area they’re meant to defend. The first type is theatre missile defense. These are supposed to defend relatively small areas of dozens or hundreds of miles against shorter range missiles. 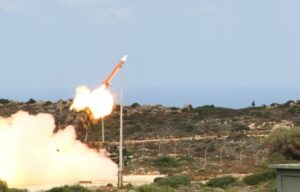 The second type is regional missile defense, which defends much larger areas, some with a radius of over 1000 miles.

The final type is known as homeland missile defense or national missile defense. The American system, called the Ground-Based Midcourse Defense, or GMD, is supposed to defend the entire continental United States from intercontinental-range missiles. Ground-Based refers to the fact that the 44 interceptors are deployed in silos at Fort Greely in Alaska and Vandenberg Air Force Base in California.

Midcourse refers to the particular stage in a ballistic missile’s flight when the interceptor tries to destroy the incoming missile. There are broadly three parts of a ballistic missile’s flight. The boost phase, when the rocket engines are still burning and the missile climbs out of the atmosphere, the midcourse phase, when the missile is outside the atmosphere moving quickly through space, and the terminal phase, as it descends rapidly through the atmosphere, sometimes at speeds of thousands of miles an hour.

To put it simply, Ground-Based Midcourse Defense uses the Ground-Based Interceptor, or GBI, to try and attack missiles while they are in space. It is important to note the GBI destroys the target using the force of a kinetic impact, rather than a nuclear explosion like older American missile defenses. This is a tremendously difficult and complex task that uses an intricate and geographically distributed network of sensors, including satellites and ground- and sea-based radars, to track targets. 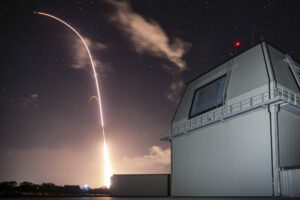 If this sounds difficult, it’s because it is, something shown in the testing record of GMD. The success rate is 50%, with 9 of 18 tests succeeding since 1999. Even worse, since deployment in 2004, only 4 of 10 tests have succeeded. Those are not odds I would take with so much on the line, and those aren’t odds worth betting billions of tax-dollars on either.

Worse even, the true efficacy of the program may be even lower than the story told by those numbers.Testing for GMD has been scripted for success. The type of target, time of the attack, and other factors are known beforehand, easing any strains on the system to help performance. Moreover, every test of GMD has been during the day, when the target had been brightly lit by the sun, helping the interceptor identify it. Let’s just hope our enemies don’t attack at night since we have no idea if GMD will work without some help from the sun. In addition to highly scripted testing, these exercises are not representative of the actual targets the system would face.

All of these deficiencies with the system and its testing regimen raise serious questions about whether we should continue investing in it. When each Ground-Based Interceptor costs over $400 million and each test costs around $200 million, but has performance this poor, there is little reason to pour more money into it.

However, that is precisely what Congress has elected to do. The Next Generation Interceptor has been greenlit by Congress and will replace 21 of the current interceptors with newer models, pushing for deployment before the end of the decade. The NGI program will cost nearly $18 billion, about $500 million per interceptor, only $2 billion short of ending homelessness in the U.S.. While purporting to have enhanced ability to defeat countermeasures, there has been no real explanation of how that will be accomplished, likely resulting in the same scenario facing the current interceptors in which a fancy balloon decoy can make a $500 million interceptor useless.

“One possible countermeasure to the interception of ballistic-missile warheads in space. An aluminized balloon is inflated around a warhead to make it indistinguishable to radar from accompanying decoy balloons. Small, battery-powered heat sources introduced into the decoys make them indistinguishable to IR sensors.” Image from the Union of Concerned Scientists video Missile Defense Countermeasures, 2011

A similar program called the Redesigned Kill Vehicle was cancelled in 2019, after consuming $1.7 billion, due to delays and technical design problems. While the Next Generation Interceptor is supposed to resolve those issues, it will have to deal with the same problems that faced the Redesigned Kill Vehicle project. Even more concerning, the same team that worked on the calamitous RKV is leading the NGI project. Faced with failure upon failure, it does not make sense to keep throwing money at contractors, especially when the sums are this high. We should not be investing more defense dollars in these programs when their only explanation for how to resolve past failures is aggressive hand waving.

Homeland missile defenses also compromise arms control efforts, with Russia explicitly stating they will not consider further nuclear arms reductions if BMD is not on the table. On top of aggravating our relationships with other nuclear armed states, there are real opportunity costs to wasting funding on marginally effective missile defenses. Not only does it siphon money from other defense priorities, but it also saps funding from other needs. According to Brown University’s Costs of War Project, “for the same amount of spending, clean energy and infrastructure create 40 percent more jobs than the military, healthcare creates 100% more, and education 120% more.” At a time when many across the country are struggling because of the pandemic, making investments that put our future first is crucial to creating more economic opportunities and helping people back on their feet.

We need to stop investing in a system that doesn’t protect us, makes it harder to reach arms control agreements, and diverts resources away from truly critical needs. Call and write your senators and representatives today to register your opposition to using your tax dollars this way! Only by making our voices heard can we help instigate real change!

Image of “One possible countermeasure…” from the Union of Concerned Scientists video Missile Defense Countermeasures, 2011