Looking to a Future Without Nuclear Weapons

Sunao Takami  is a student at the Nagasaki University and works with Peace Caravan Tai and the Nagasaki Youth Delegation, because she wants to show young people they have voices too that also matter. Now, with Beyond the Bomb, she co-hosts an Instagram live series every Sunday evening where she spreads education on nuclear weapons topics and works to empower individuals young and old!

It has been 76 years since two atomic bombs were dropped on the people of Hiroshima and Nagasaki, Japan. We call people who were exposed to the explosions of the atomic bombs “Hibakusha,” and their experiences do not stay just in the pages of history books but are something many people still live through today. Since the A-bomb in 1945, people have been developing the techniques and capabilities of nuclear weapons through over 2,000 nuclear tests around the world. Despite this, a lot of people have been working hard to fight against nuclear weapons. Some of that work includes grassroots advocacy like that done by Beyond the Bomb or the Nagasaki Youth Delegation. It also includes working in NGO groups, sharing information and news with citizens and friends, or collecting signatures to demand progress toward a nuclear weapons-free world.

Today, and with each passing day, it becomes more and more urgent to listen to the voices and stories of Hibakusha.

As a Japanese person growing up in Japan, when I learned about the atomic bombings of Hiroshima and Nagasaki, it was through Hibakushas’ experiences that I began to properly imagine the pain, suffering, danger and risks that we all share today by living in a world with around 13,410 nuclear weapons. But, most people around the world don’t have the same proximity to these survivors. And, Hibakushas have been aging – even some of the youngest Hibakusha still alive today are in their 80s. Because of COVID-19, it also has become even more difficult to meet with them. It is important to listen to Hibakushas’ voices because they are the only ones who experienced the intense heat and winds of an atomic explosion right above their heads followed by radiation sickness and black rain washing over their burns, lost family members, and homes. We need Hibakushas and their voices as a continuous reminder of the consequences of nuclear weapons. If we forget or underestimate the inhumanity of nuclear weapons, we risk repeating the same tragedy that people experienced in 1945 in Hiroshima and Nagasaki.

We must think about how to keep Hibakushas’ legacies alive and share them around the world and with the generations after us. For example, in Nagasaki, some high school students are working to colorize old black and white photos taken around 1945 of Hiroshima and Nagasaki. They hope their work can help younger people feel closer to our history and to the people who lived through that history. In addition, Nagasaki city runs official programs meant to inspire and financially support young people’s ideas of how to promote the continuation of Hibakushas’ legacies and then put those ideas into action.

In keeping the legacies of Hibakusha alive though, we must be good ancestors and ensure that the people of the future have a voice, too. Though it may seem that fewer and fewer people care about nuclear weapons and our future with or without them, I would argue that is due to a lack of education on the topic rather than simply apathy. I have been working on delivering peace education to elementary, junior high, and high schools. I’ve sometimes even worked with local people or young college students in Nagasaki in student groups called “Peace Caravan Tai” and the Nagasaki Youth Delegation. We teach about the history of the A-bomb, Hiroshima and Nagasaki, the current situation of nuclear weapons around the world, and then ask students for their opinions. Our goal is to help students realize that these nuclear weapons issues are their issues, too. The students often roleplay as representatives for the US and Japan to discuss how to proceed on the issue of nuclear weapons. 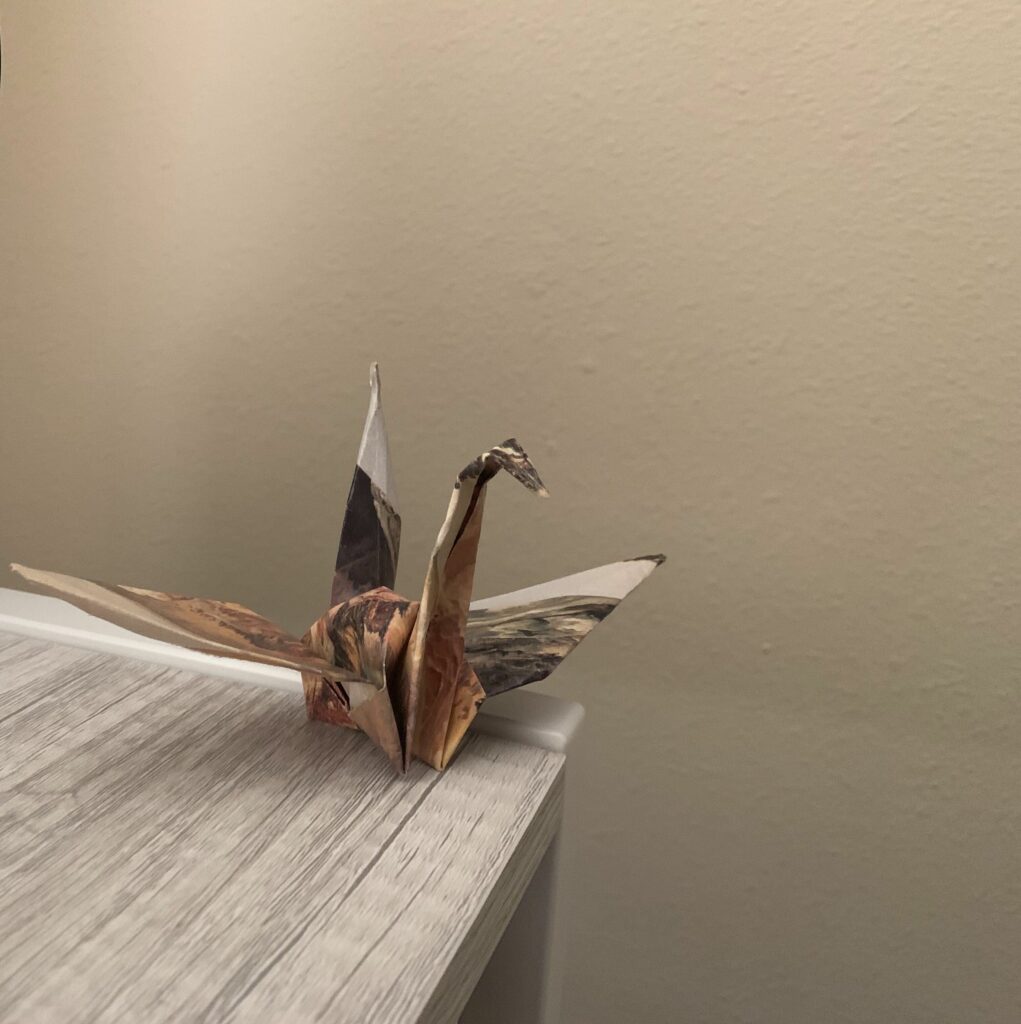 It is an unfortunately simple fact that we are living with nuclear weapons today. And, as long as the weapons exist, we face the threat of their use and the unimaginable devastation that comes with it. For now, we still have time to listen to Hibakusha’s voices, the voices of those with real experiences of the unimaginable, and from their stories we may realize the extent of the inhumanity and tragedy of nuclear weapons. In addition to passing their legacies on to future generations, I, along with Beyond the Bomb, continue to work to educate people not only on the atrocities committed in the name of nuclear weapons development and maintenance but also on the progress we’ve achieved since 1945 and the progress we hope to achieve before next year’s 77th anniversary of Hiroshima and Nagasaki.

Giving young people opportunities to learn, especially about nuclear weapons issues, is critical to building our grassroots movement. For many young people, even if they aren’t lacking in education on a topic or issue, oftentimes they are left feeling powerless and, thus, become apathetic. But, they aren’t powerless. Young people have the power to step up, spread the word about nuclear weapons and demand change.