Labor Day Was an Organizing Victory

I’ve never celebrated Labor Day before. As someone who worked in restaurants most of my working life, it was just another day at work. Filled with guests asking what my weekend plans were as if I had any, outside of tending to their needs. I was a worker, talented at carrying four plates at a time and remembering the needs and order of half a dozen tables. I never had the day off. Now in 2021, on the brink of a nuclear arms race, the growing threat of climate change, and continued living during a pandemic, I have even less reason to honor the holiday. But, I’m celebrating. Why? Because Labor Day allows us the opportunity to reflect on how powerful ordinary people are when we come together. 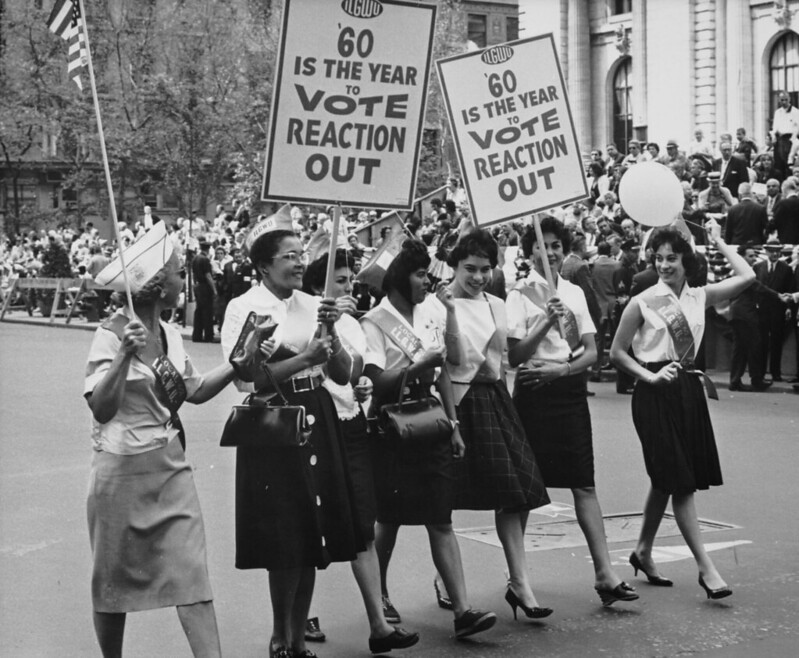 “ILGWU women marching in a Labor Day parade with placards that read, ”60 is the year to vote reaction out.'”

We have Labor day because of organized laborers. As trade unions grew in the 19th century, so did their power of influence in the political sphere. Republicans and Democrats vied for the attention and votes of unions who became powerful allies, mostly to the Democratic party. When they wanted something they fought for it, which is why we have Labor Day.

Organized workers have won more than a holiday. Current day examples include 2018-2019 education workers strikes which spread across the U.S. like wildfire winning raised wages, reduction in class sizes, and other support for teachers from California, Arizona, Colorado, Oklahoma, and more. Just this year hotel workers in Chicago collaborated, fought, and won the “Hotel Worker Right To Return To Work Ordinance.” Their work guaranteed the rights for hotel workers to be recalled back to their positions after the mass layoffs during 2020. This ordinance guaranteed the jobs of hundreds of older Black and brown women of color. In all of these cases they didn’t just ask or wish for change, they demanded it together. 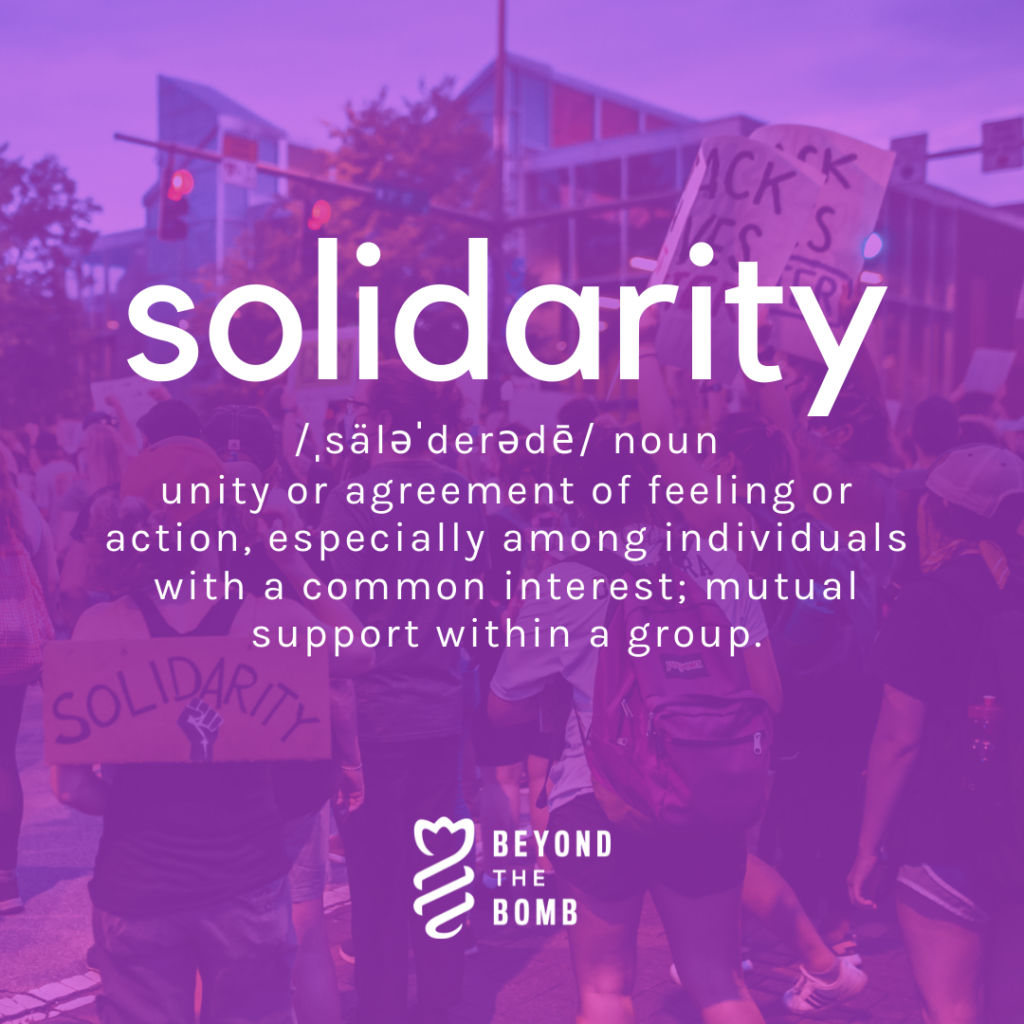 Despite demanding a change in their conditions all laborer organizations had one powerful tool in common; solidarity. It is the foundation from which all of these wins came and it is our future. Solidarity is each individual looking out for the interest of everyone. E. J. Dionne, Jr. once wrote that the ethos that fuels organizers, “is increasingly foreign to American culture.” In a culture that prioritizes individualism and self over others, it is more important than ever that we reject this mindset and collaborate with each other for a better future. The problems we face in the world are collective problems, and they require a collective’s response. The individuals who are pushing our climate to the brink of destruction and calling for a new nuclear arms race are few, but we are many, and through solidarity, we can build the future we imagine.

In a culture that prioritizes individualism and self over others, it is more important than ever that we reject this mindset and collaborate with each other for a better future.

We are seeing a rise in many forms of solidarity. Workers are unionizing the largest coffee chain in the county and there is growing support for community mutual aid. People are realizing they are powerful, unstoppable when they work together. This Labor Day I am excited to remember the victories ordinary people have made for themselves and look forward to what we make for our future.

“ILGWU women marching in a Labor Day parade with placards that read, ”60 is the year to vote reaction out.'” by Kheel Center, Cornell University Library is licensed under CC BY 2.0