Every semester Beyond the Bomb is excited to welcome new interns. This is the first in our series of personal essays and blog posts featuring their voices.

There is an unspoken taboo when it comes to being supportive of our service members and opposed to nuclear weapons. I have always believed that our service members should be valued, and nuclear weapons should not be. However, I have rarely voiced that viewpoint. Here’s why: Too often, supporting our troops automatically labels you as “pro-war” and “pro-violence.” This could not be any further from the truth. I am living proof of this, and it is possible.

As the daughter of an Army veteran, I grew up with military influence and a deep appreciation for the sacrifice my father gave. We took Memorial Day as a time to celebrate my late grandparents, and always treated my dad to dinner on Veteran’s Day. Now, I work directly with student veterans and active-duty military members, providing me with a lifelong connection to the military. Being supportive and personally having connections to servicemembers encourages me even more to be anti-war and anti-nuke. I have such honor and appreciation for those I work with, and I cannot imagine losing them. Increasing my knowledge of nuclear weapons has only driven that position home even further. 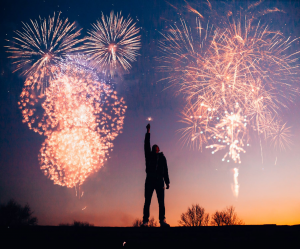 I have seen children grow up without parents due to the effects of war, and service members come home with physical and mental scars. The impact of war is lifelong for not just a soldier, but for their families. Taking on the role of caregiver, supporter and family member all at once is overwhelming for those around, and even more so for the soldiers themselves. I support our service members and the ultimate sacrifice they make for my freedom, and that is why I believe in policies like No First Use and the goal of eliminating nuclear weapons. The mental scars they walk around with weigh more heavily than anything else they bear. Post-traumatic stress disorder, anxiety and depression are most common within soldiers because of all they have witnessed. Military members enlist knowing the worst-case scenario, but that does not mean they should expect that to happen. When they return from war, they should be looking forward to being reunited with their loved ones, and not how they are going to carry the burden of war with them every single day.

The threat of nuclear war hangs over everyone, including our military members. The path forward towards peace means that all of the stakeholders must be included, meaning members of the armed forces, civilians and elected officials.  Despite Representative Elaine Luria’s belief that questioning our nuclear stockpiles is unpatriotic and dangerous, the idea that you cannot be supportive of both our troops and the end of nuclear weapons use is quite frankly absurd and that thinking is what’s truly dangerous. A shift of diplomacy is imperative to lead us to the end of nuclear weapons use. Having elected officials in office who recognize the impact it has on both civilians and service members alike can only help to achieve this goal. 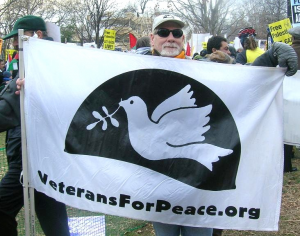 Organizations such as Veterans For Peace are a perfect embodiment of what it means to support both. Their group was founded in 1985 by World War II, Korean, Vietnam and Gulf War veterans and today includes over 120 chapters, including international chapters in Vietnam, the United Kingdom, Japan, and Ireland who actively work to prevent the spread of militarism in our society, change U.S. foreign policy from endless war to diplomacy, and help our national leaders have a long term vision of peace and justice. If any group of people were to be considered experts on this topic, it would be them.

Not only are nuclear weapons themselves catastrophically harmful, but the aftermath is even more destructive. Nuclear radiation causes bodily harm, including lifelong health issues such as cancer, and could ultimately lead to death. Not only are nuclear weapons ruining the lives of the citizens in impacted communities, but those who may be stationed there. Historically, the government has failed to make good on promises to compensate victims, both those in the military and citizens downwind of nuclear testing and production facilities. These service members have given their lives to protect our country, not to be neglected and betrayed by it.

Nuclear weapons cannot be the solution now, or ever. Military members do not enlist expecting to face lifelong medical issues at the hands of their own country. Nuclear weapons are creating more problems than they are solving, from manufacturing and testing in the United States to increasing tension across the globe, now is the time to make the commitment not to use them first. A world without nuclear weapons is possible, and would create a safer fight for our military. Taking the most extreme measures in an effort to ensure our safety is not the most responsible option, and we need policies in place to make sure that no President can decide to start a nuclear war.

I am anti-nuke because I am supportive of service members. Before they wore the uniform, they were civilians, a fact that can be lost in translation between people and policymakers. We need to consider them and their lifelong dedication. We have to do better by them and push legislation like No First Use in order to look toward a future with no nuclear weapons. 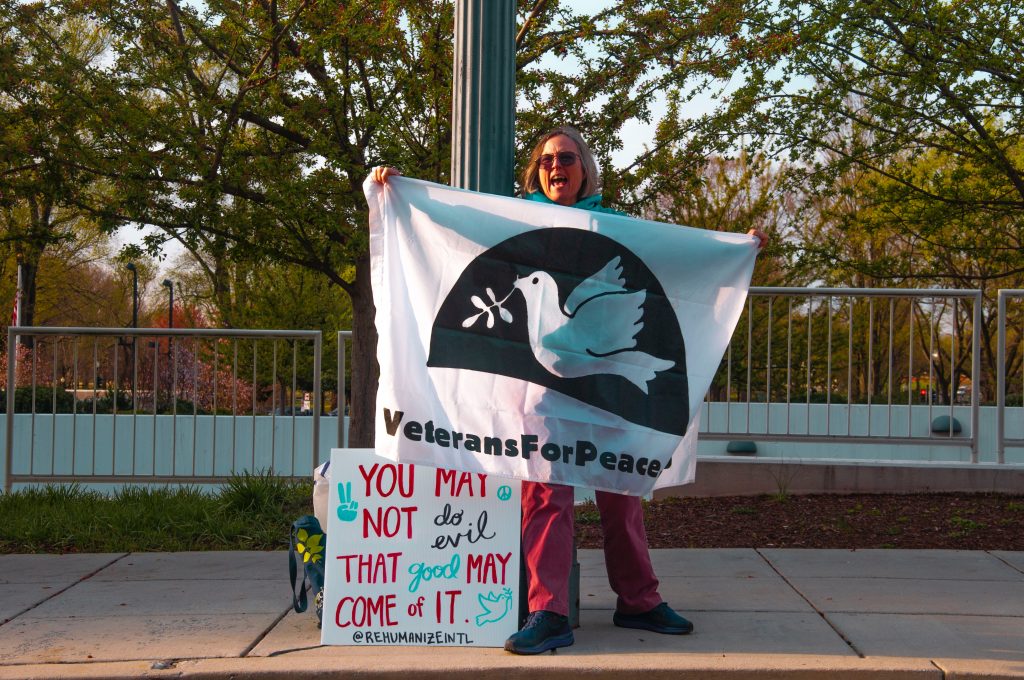