How to Prepare and Prevent: COVID-19 and Nuclear Weapons

If anyone has a nuclear bunker, now might be the time to put it to use. It might come in handy for self-quarantining.

The United States’ focus on nuclear weapons is putting the world at risk in multiple ways. Instead of expanding preparedness for non-nuclear threats, like, for example, a global pandemic, the U.S. ignored early signs of the severity of coronavirus and continued modernizing its nuclear arsenal. In January, the U.S. was focused on its deployment of a “low-yield,” easy fire nuclear weapon while simultaneously denying the severity of the virus. The obsession with having nuclear weapons that would “win” a nuclear war has cost the U.S. thousands of lives by ceding precious time and resources to weapons instead of public health. 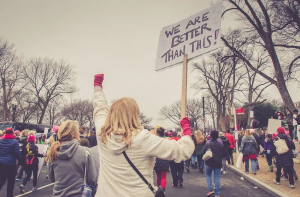 The U.S. has justified these weapons to the public by playing off the intense imagery and fear the thought of nuclear war elicits, and that, with the “right” nuclear weapons, it is a “winnable war.” The notion that a nuclear war is “winnable” is incredibly dangerous. In a nuclear war, everyone loses — that’s why we support No First Use, to decrease the chance that the weapons are ever fired. We also want to see the billions of dollars currently dedicated to nuclear weapons put towards other things, like pandemic response, for example. Nuclear weapons make us less safe and have only prevented us from responding to COVID-19; the U.S. was left unprepared for the virus’ imminent strike and proliferation.

How does it make sense that the U.S. can continue to modernize our nuclear arsenal and pour billions of dollars into weapons while not providing adequate medical supplies to hospitals? It lies directly in a budget that reflects a misguided focus. Each year, over the past five years, funding for the Department of Defense has increased as it is poised to again next year. Just a single year of funding for nuclear weapons could buy 300,000 intensive care unit (ICU) beds, 35,000 ventilators, and pay the salaries of 75,000 doctors. Imagine how many face masks alone this year’s nuclear budget of $35 billion could buy! Hint: it’s definitely enough to prevent a shortage.

The obsession with having nuclear weapons that would “win” a nuclear war has cost the U.S. thousands of lives by ceding precious time and resources to weapons instead of public health.

At the same time, while the Department of Defense’s funding continues to increase, that of the Center for Disease Control has been decreasing. Their funding has proved inadequate in the face of the pandemic. For example, there have been challenges in obtaining timely testing kits and shortages in hospital beds and supplies, and the horrifyingly high death toll continues to climb. A campaign to make protective facemasks has gone viral, and while it is an example of solidarity it is moreso an example of the deficiencies that exist within governmental spending. While there is a seemingly endless stream of money available for nuclear weapons, finding enough to make up for shortages in essential medical supplies is portrayed as hopeless. The worst part? The money is there. It is just a matter of where the government chooses to spend it.