I’m dusting off my skis for the nuclear winter. Famine, the loss of the ozone layer, and a human-created ice age will harm the vast majority of the population. But for me? I see an opportunity. I’m taking off to my bunker near the slopes of Vermont for a vacation, relaxation, liberation from the sunless sky. Not everyone has shelter, storage, or water, but people like me, the white and wealthy, are always spared the worst of the effects of any tragedy. 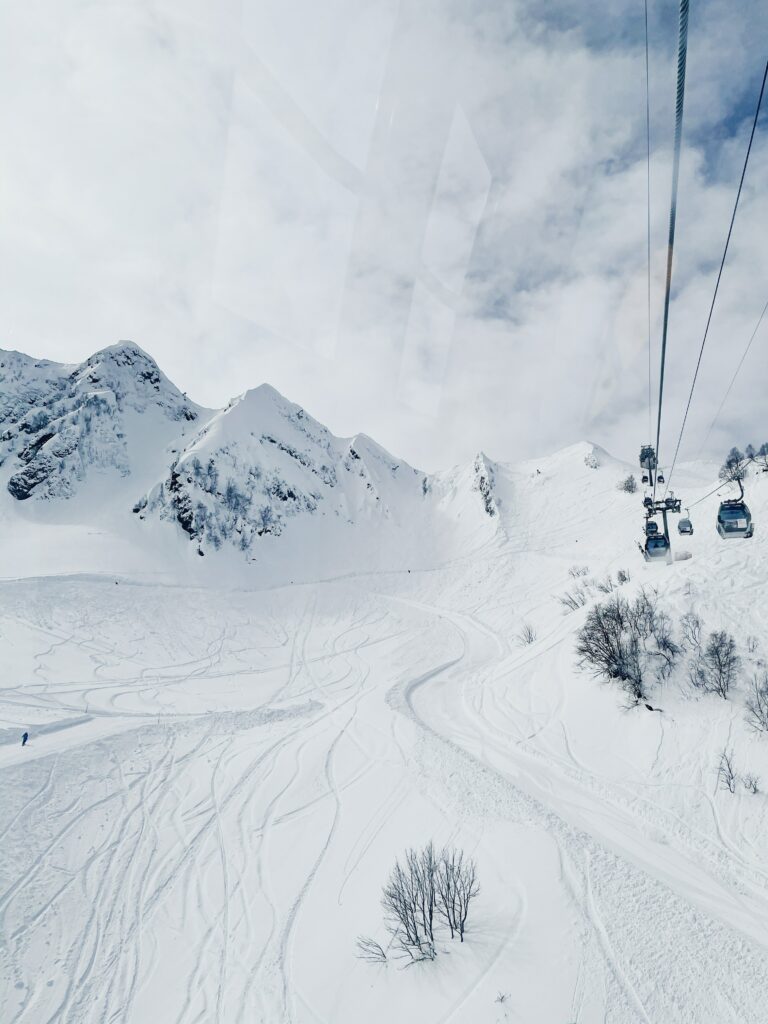 I’m planning on gliding down the dark slopes, slick as the tongues of the politicians and arms manufacturers who smilingly assured me of my own safety with two quick words — deterrence theory. The U.S. poured billions of dollars into nuclear weapons that we assured the world we would never use– not unless we needed to. Their incomprehensibly expensive existence kept us safe. And sure, we lost nuclear weapons, accidentally almost launched a few, but didn’t those weapons make us powerful, respected, intelligent? Weren’t they markers of our diplomacy? When finally, one man’s human judgment (weren’t we supposed to trust him? We elected him president) decided it was time, the world went BOOM, BOOM, and then silent.

A hundred missiles or so was all it took to end life on Earth as we know it, and was only a fraction of our arsenal! Aren’t we abundant? And speaking of abundance, we should expect lots of algae–it’s the only thing that grows in sunless conditions like these. I choose to view my new diet not as a detriment, but an opportunity. The algae, I expect, will make me glow, should I get bored of my canned provisions.

It has never been easier to let go of my attachments and focus on myself, seeing as I no longer have my job, my friends, or my family. The nuclear winter has provided me the chance to find peace of mind and self-sufficiency, no more troubling family holiday meetings. Alone on the slopes, I am liberated and fine. The dust and soot are bad for my eyes, but I’m doing juice cleanses to get myself right. Wellness is a mentality, and I am choosing faith over fear, trustingly gliding blind into the future (without the sun and with all this dust, I’ve really learned to guide with my gut.) This is an opportunity to thrive if you try hard enough! Plus, in this cold weather and with widespread crop failure, I can work off the quarantine weight and hide myself under sweaters.

I’m sure you’re thinking “this would never happen, not really, not to me.” But hey, hun, don’t have such a limiting mindset! We can manifest anything, babe! The system’s already in place! When there are no checks and balances on an elected leader launching a world-ending weapon, and one small slip can mean retaliation, there exists a truly spectacular opportunity for catastrophe. And if I’m being honest, I’m so burnt out and desensitized to atrocity, all this death and destruction doesn’t really bother me. I am a Choice Feminism Icon–millions die and I choose not to care. I don’t let the state of it get me down; there may not be an Earth, but this is still the greatest country on its smoldering and shivering remains!

And yeah, sure, there are ways we could have prevented this. As long as there are nuclear weapons there’s a threat, but by passing a No First Use policy, the U.S. could at least have prevented the president’s sole authority to launch a world-ending attack. But don’t worry, babe! Trust the process! Everything happens for a reason.  You do you, girl! Either way, people like me, with resources and access and money, we’re going to be just fine. Best of luck to the rest of you, though! Thoughts and prayers!

A Note from the past: Not the future you’re looking forward to? Join the BombSquad today and take action!