Guest Blog from the Field: Fighting Nuclear Proliferation With No First Use 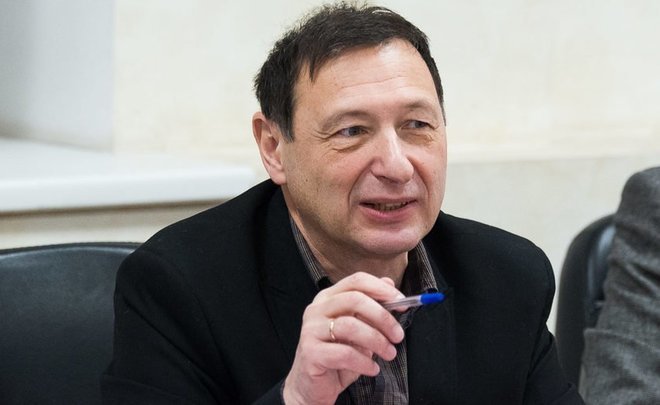 Panelist Boris Kagarlitsky was once a political prisoner under the USSR and now leads the Institute for Globalization Studies and Social Movements in Moscow.

Although the speakers’ experiences were quite varied, their conclusions were all very much the same: money spent on nuclear weapons does not promote the general welfare of any population. A number of speakers even went as far as alluding to military spending as a national addiction; many specifically noted that when military spending grows in the face of continued economic stagnation, programs that help people directly are the first to be underfunded and/or cut.

The panel was quite hopeful, though, especially when discussing the ways that legislation could affect our future. While some politicians favored boycotting firms and divesting public funds from corporations that profit from nuclear proliferation, and other speakers made the case for the complete and total prohibition of nuclear weapons, all participants saw the value in passing a “No First Use” law, and urged activists to continue pressuring their representatives toward those ends.

Money spent on nuclear weapons does not promote the general welfare of any population.

Presently, there are nine bills circulating in the Massachusetts state legislature pertaining to nuclear proliferation, advancing everything discussed, from fiscal divestment to outright prohibition, and the many shades of policy in between: including H.3211 and S.2165 “Resolutions to Prevent The First Use Of Nuclear Weapons By The United States,” sponsored by Representatives Natalie Higgins, Jack Patrick Lewis, and Mike Connolly and Senators Patricia Jehlen, and James B Eldridge. 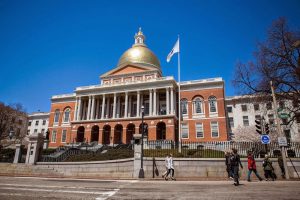 Every leader with the political acumen to attach their name to anti-nuclear proliferation legislation deserves to be commended, and to have their voices lifted up and their ideas examined and debated. Public divestment of pensions from nuclear weapons manufacturers is an attainable goal, but it would not slow this new nuclear arms race. And while the prohibition of nuclear weapons may be an ideal solution to many, I believe that such idealism is unattainable during this forty-fifth administration. So we are left to contemplate the nuanced compromises in between.

No First Use is not only the most attainable policy on the table, it is well positioned to move through the US Congress. Sponsored by Chairman of the House Armed Services Committee, Representative Adam Smith, as well as Senator Elizabeth Warren, a member of the Senate Armed Services Committee, and a leading candidate for the Democratic Nomination for President in 2020, “No First Use” not only sets the stage for more comprehensive policies in the future, it has its roots in the US Constitution’s Congressional War Powers (because if a preemptive nuclear strike is not an act of war according to the Constitution, than nothing is…).

Yesterday’s panel at the Massachusetts State House was far more hopeful than the subject matter would have you believe. There is a new nuclear arms race, but there is also a coherent, worldwide plan to end it once and for all. And that plan begins by supporting No First Use.

No First Use is not only the most attainable policy on the table, it is well positioned to move through the US Congress.