You may have noticed that most of our blog posts are a little more serious, but there’s lots of nuclear-related content out there for entertainment purposes as well! Whether you’re into fantastic fiction, sci-fi, mysteries, drama, adult comedy, or nonfiction, there’s something out there for everyone! In no particular order…

This show’s passionate fanbase fought tooth and nail to keep it running before CBS canceled it after only two seasons (sounds a lot like some nuclear weapons manufacturers I’ve heard of…). It follows the story of the fictional Kansas town, Jericho, after a nuclear attack on nearby Denver turns the characters’ worlds upside down. The citizens of Jericho struggle as they avoid nuclear fallout, determine how to communicate with the outside world, and try to restore life back to the way it was before the explosion. The post-apocalyptic plot is also riddled with drama, as the characters’ near-death experiences and the loss of loved ones force them to question whether they were truly happy with their former ways of life, reminiscent of living through the COVID-19 pandemic today. Despite the show not always being scientifically accurate (there is literally a scene where they’re running through radioactive fallout to avoid acid rain), I appreciate the way the writers brought often-overlooked human costs of nuclear detonations to light. The incorporation of Bonnie Richmond, a deaf character, for example, brings critical disability theory to the forefront of some of the first episodes.

Where to Watch: Netflix, Paramount+, etc. 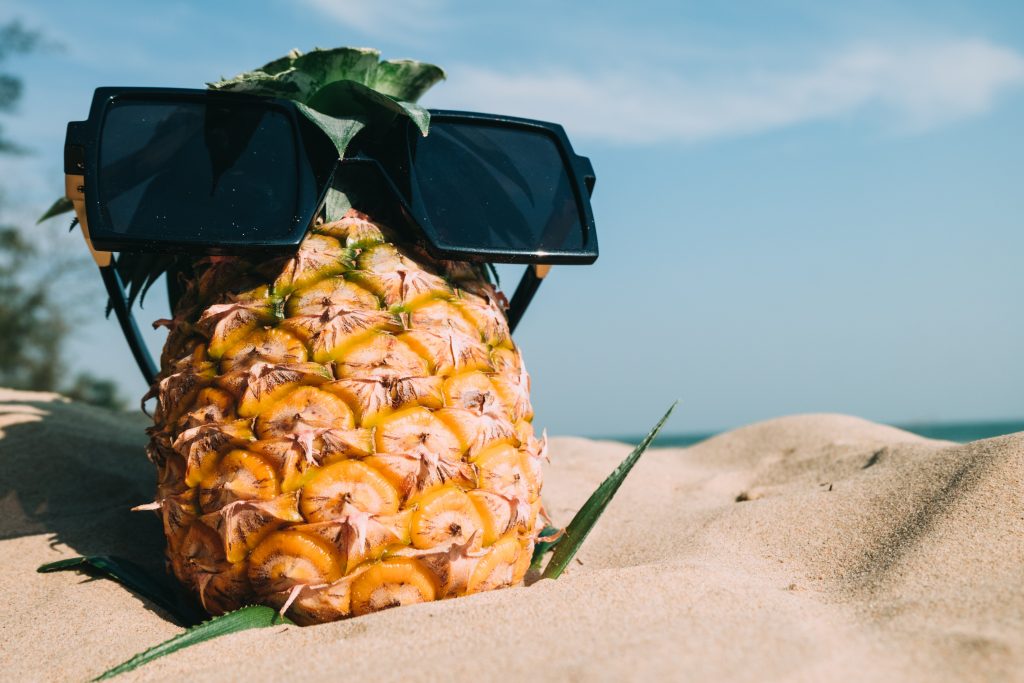 You’re practically living like Patrick (under a rock) if you don’t know who lives in a pineapple under the sea. Believe me when I tell you that if you don’t already know why this show is being included in this listicle, I’m about to blow your mind.

Between 1946 and 1958, 23 of the 67 nuclear tests conducted by the United States on the Marshall Islands were done on one of their coral reefs, known as Bikini Atoll, which “is the marker where Bikini Bottom is located under the sea.” These tests had appalling repercussions on the Marshallese people, with “islanders suffering from thyroid cancers and a slew of other illnesses.” Even now, they are being displaced as a result of the United States’ refusal to honor the promises they made to Marshallese leaders, who agreed to allow the testing under the impression that they were helping the United States end wars forever. Some speculate that Spongebob and his friends are a result of genetic mutations due to the high radiation levels that persist on the Marshall Islands to this day. Read more here!

Finn the Human and Jake the Dog are two friends who travel through the land of Ooo helping solve their friends’ problems. Along the way, they learn that the Ice King and Marceline the Vampire Queen are two of the very few survivors of the Mushroom War, which occurred 1,000 years before the show takes place. Animations of the Earth after the war suggest that “The Mushroom War was most likely started by humans warring against each other on a nuclear scale,” specifically the United States. Like Spongebob, it is speculated that Finn and his friends are a result of genetic mutations due to the high radiation levels that would have occurred as a result of the fictional Mushroom Bomb’s detonation. This nuclear weapon is also the reason The Lich (the show’s main antagonist) was unleashed. Although I didn’t watch this show in my childhood, I enjoy watching it as an adult because of how creative the animations are and the show’s queerness. Plus, Pendleton Ward also wrote The Midnight Gospel, another one of my favorite shows.

Despite being controversial as a result of its infamous fanbase, I still love this crude Adult Swim comedy, and this was the first episode I ever watched. Rick is a genius scientist who brings his teenage grandson, Morty, along for the ride on his space adventures through different dimensions. In Get Schwifty, the Cromulons (giant floating alien heads) decide to include Earth as part of their reality TV show in which the losing planets are destroyed via laser. As Rick and Morty come up with a hit song, General Nathan functions as a comedic depiction of toxic masculinity in the nuclear sphere, attempting to persuade Mr. President to launch nuclear weapons at the Cromulons. His “violence against violence” mentality reflects his impulsivity, and he tries to bypass Mr. President’s “sole authority” to jeopardize Earth’s safety just so he can prove to the aliens that humans (particularly U.S. Americans) are more powerful than them.

If you’re not already watching this show, then pitter-patter. The story follows the lives of the citizens of Letterkenny, a small town in Ontario, and how its different social groups befriend each other despite being so different. In What Could Be So Urgent?, Wayne and Marie Fred (his girlfriend at the time) discuss a story they heard about a man using his iPad while also using the urinal at the airport. Throughout the episode, they discuss the possibility that this individual, “Gary,” may have the nuclear codes, as nothing else could be so urgent. The tension between English and French Canadians becomes apparent rather quickly, making for some entertaining banter on top of the regular banter that comes along with the series, which is what makes it my favorite show.

Where to Watch: Hulu

6. Connected: The Hidden Science of Everything, Season 1 Episode 6 (2020-Present)

Lucky for you, I just wrote another blog post on Nukes. Check it out here!

Where to Watch: Netflix

Not enough nuclear pop culture for you? If you want to really dig in, check out our friends at Super Critical Podcast. Our very own Cecili Thompson Williams sat down with them last year to talk about the short-lived Netflix show Daybreak.

Maria Diaz-Islas is a Psychology student at the University of Connecticut with minors in Gender Studies and Family Sciences. She is inspired by intersectional activism and brings her passion for social justice to her work as a Spring 2021 Intern in the digital department with Beyond the Bomb.