2020 is a year of many things. It marks two decades into the new century. It will go down as the year we battled an insidious pandemic. It is also a reflective year of numerous anniversaries, with 2020 marking 75 years since the bombings of Hiroshima and Nagasaki and 50 years since the first Earth Day.

On this day in 1970, the environmental movement came together to say enough is enough. Senator Gaylord Nelson said that Earth Day was “…to get a nationwide demonstration of concern for the environment so large that it would shake the political establishment out of its lethargy and, finally, force this issue permanently onto the national political agenda.” He also hoped it would provide unity across the grassroots movements in the U.S.

Fast forward 50 years and, while not enough progress has been made on climate change, people are more aware and activated than ever. From established groups like Greenpeace and Sierra Club, to new, but forceful, organizations like the Sunrise Movement, people are taking action for the planet in new and unified ways. 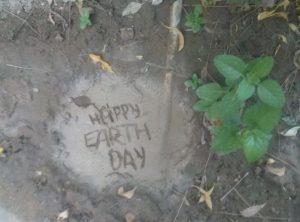 It’s not just environmental groups, it’s the entire progressive movement! We know that tackling climate change means putting people and planet over profit. As we fight for the earth, we must fight all parts of the status quo that led us here in the first place. This includes the nuclear system that time and again has wreaked havoc on the environment and public health. While the U.S. and the world reel from COVID-19, we are beginning to rebuild and reprioritize with an intention to address these issues.

Because of COVID-19 and social distancing, the original intent behind Earth Day, to hold in-person rallies and nationwide demonstrations, may be off the table. However, we are still coming together to carry this mantle in unprecedented ways. This year, Earth Day Live is kicking off 72 hours of digital actions and livestreams. As the brainchild of over 500 organizations, it proves that Earth Day has served its original intent to unify grassroots movements. Featuring speakers from lawmakers like Rep. Alexandria Ocasio-Cortez, celebrities like Joaquin Phoenix, to movement leaders like Reverend Dr. William Barber II of the Poor People’s Campaign, Earth Day Live is connecting the dots across the country to create unified action on climate and justice for the 50th anniversary of Earth Day.

Beyond the Bomb stands in solidarity with all the Earth Day events happening this week, as climate change and nuclear weapons are the two greatest existential threats to planet Earth. Whether you tune into the 72 hour stream, or locate a local digital event for your community, mark this Earth Day with community and with action. It’s what the world needs most right now.

“The objective was to get a nationwide demonstration of concern for the environment so large that it would shake the political establishment out of its lethargy.” – Senator Gaylord Nelson