“Connected: The Hidden Science of Everything” and Nuclear Weapons

Being a fellow in the digital department means that I search for tons of nuclear-related media that will help generate content to grab our social media followers’ attention. However, the content I sift through typically has to grab my attention first. We often gravitate towards media that is easy to digest because there is so much content on the internet nowadays, I typically do the same. Latif Nasser’s Netflix show, Connected, a science “docuseries” that highlights the vast interconnectivity of our world and dives into the nitty-gritty of a variety of issues in each episode, pulls this off, including the episode on nuclear weapons.

At Beyond the Bomb, a large part of our work involves ensuring that learning about nuclear weapons is accessible to those who may be intimidated by it. This involves using language that is easier to digest, as well as being very clear in the way we describe tricky concepts. Nasser does the same, making his show an enjoyable watch for all those interested in science. 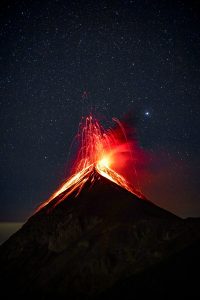 While emphasizing that the creation of nuclear weapons is unforgivable, he also explores a wide range of research fields that have made new discoveries that would not have been possible without them. For example, he speaks to Kirsty Spalding and Bruce Buchholz about how C-14, a form of carbon that is produced as a result of nuclear detonation, has advanced our understanding of certain health complications, and to Nica Gutman about how bomb curve testing helps date certain paintings in the art world. He even talks about the versatility of the international monitoring system and how it has also helped detect volcano eruptions, ice sheet cracks, meteor landings, tsunamis, plane and submarine crashes, and whale signals.

However, while nuclear testing was banned in 1996, the possibility of a bomb being dropped is still here. Nuclear Weapons Physicist, Greg Spriggs, estimates that some yields may vary by up to 40%. The truth is that these bombs are so variable, we have no way of knowing for sure how bad each of them will be.

Regardless of what the yield of a nuclear weapon ends up being, the human cost is indefensible. While we have gained a lot of knowledge because of the creation of the bomb, a world in which they are constantly a threat is not sustainable, especially when world leaders have sole authority over them.

That’s where we come in.

Our organization offers a solution to a problem that many, including Bill Nye and Alex Wellerstein, have discussed. We are committed to stopping nuclear violence step by step, and you can help! Check out our website and take action to cut new nuclear weapons. Providing other countries this sense of security would likely deter them from using such consequential weapons against us as well.

Ultimately, the goal is total disarmament. No First Use is the first step in achieving this goal. If you, like us, believe we shouldn’t allow the risk of nuclear war to persist, consider joining our campaign or even becoming a fellow in the future! It takes all of us fighting against violence to stop it.