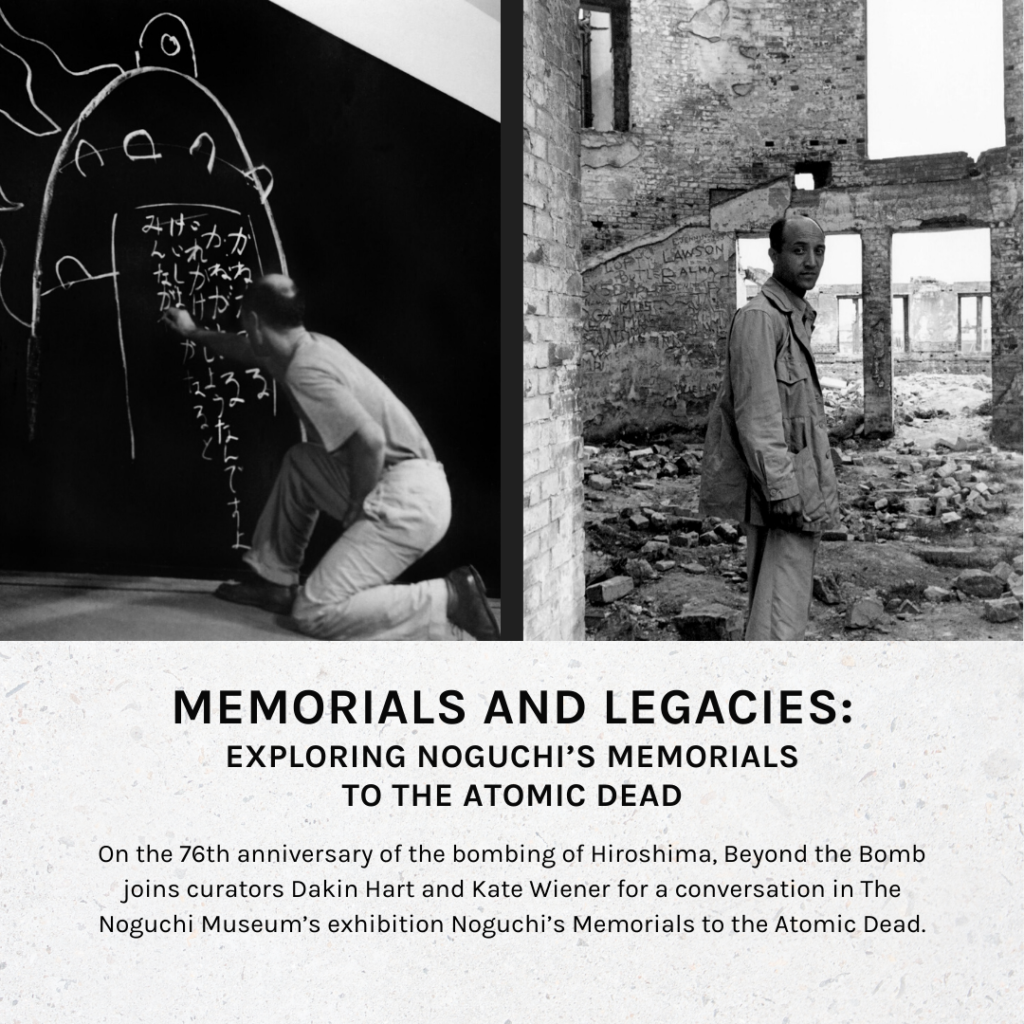 In honor of the 76th anniversaries of the bombings of Hiroshima and Nagasaki, Beyond the Bomb visits the Noguchi Museum in New York City to explore what one Japanese American artist in particular thought about memorials and legacy as it relates to himself as an artist and for the victims of the atomic bombings of Hiroshima and Nagasaki and nuclear violence around the world. Noguchi Museum curators Dakin Hart and Kate Wiener walk us through their special exhibit Noguchi’s Memorials to the Atomic Dead.

Isamu Noguchi (1904-1988), creator and namesake of the museum, was a biracial Japanese American sculptor. After the bombing of Hiroshima, he proposed a possible plan for a cenotaph memorial for the city that was never realized. Models of the memorial are on display in the museum and paired with a number of other works he created that explore nuclear issues such as Vishnu, Trinity, and Nuclear Haystack.

Previously, in 1942, Noguchi voluntarily entered an incarceration camp for Japanese Americans at Poston, Arizona. It was there that Noguchi felt distinctly for the first time the state of “perpetual foreigner” many Asian Americans still face to this day. Regardless of his success as an artist and the acceptance he’d previously received in America, inside the camp he was just another Japanese and potential traitor. The experience deeply affected him and caused him to want to turn away from politics for good, but art is difficult to separate from politics, if not impossible. 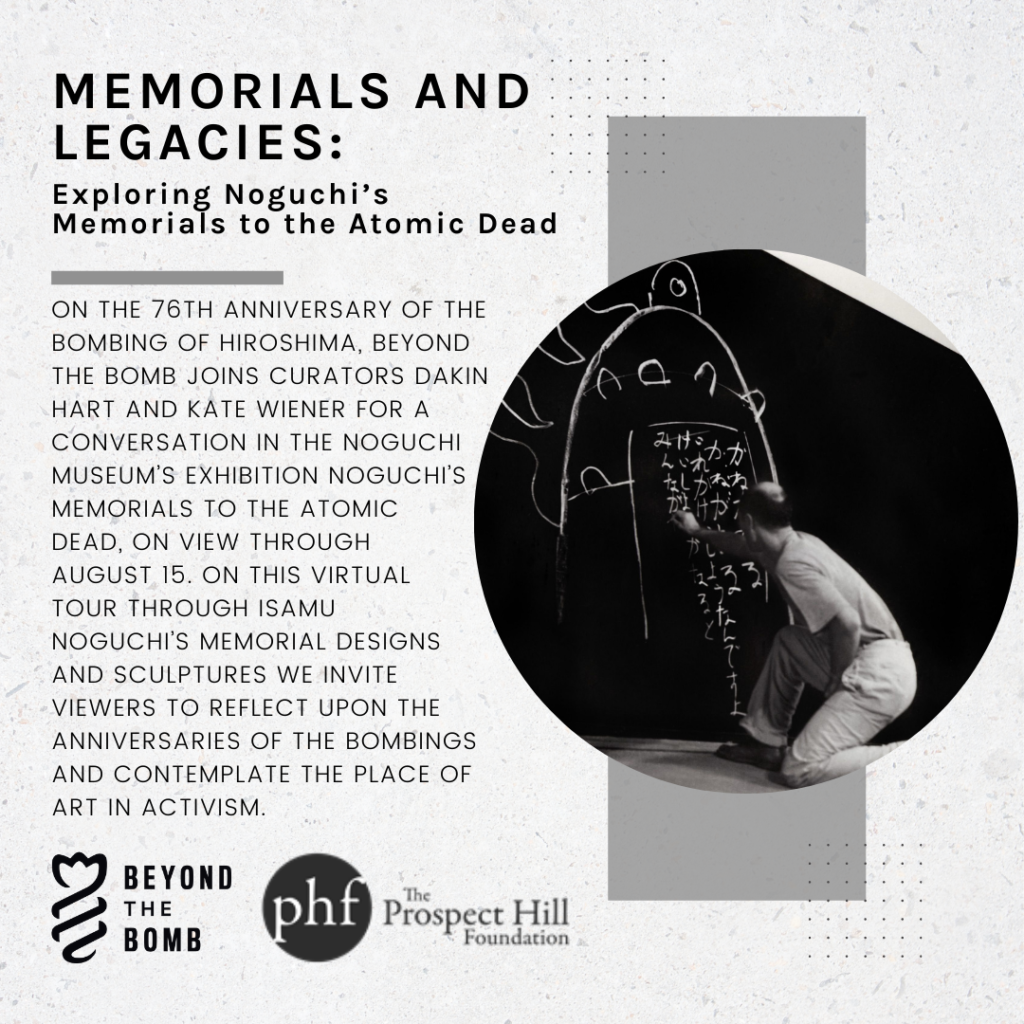 Beyond the Bomb fellowship alumni and volunteer Molly Hurley walks through the pieces with Dakin and Kate, sharing some of her experiences living in today’s America as Chinese American and finding commonality with Noguchi’s experiences as Japanese American in the mid-20th century being confronted by nuclear weapons. They are also joined by Yasmeen Silva, Beyond the Bomb’s Partnerships Manager.

In particular, Molly, Yasmeen, Dakin, and Kate explore the concepts of memorials and legacies: How do we create, maintain, and honor them? Noguchi erected his own museum to, in a way, memorialize his work, and Dakin and Kate now work hard to honor the legacy he most likely wanted to leave behind. But, how can all of us work to honor the legacies of atomic bomb survivors, hibakusha? They try to answer that question in today’s conversation. Please sign up below to receive emails regarding the launch of this powerful tour!

This event was made possible by the generous cooperation of the Noguchi Museum and support from The Prospect Hill Foundation. Photos courtesy of Nicholas Knight. © The Isamu Noguchi Foundation and Garden Museum / Artists Rights Society