Trump Wants a Nuclear War. We Can Stop Him with #NoFirstUse. 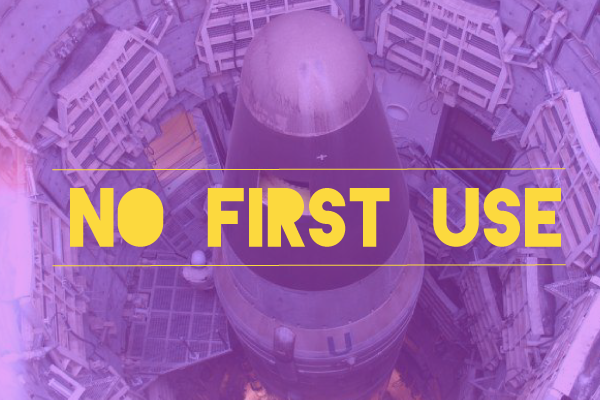 Of all the things that America should be first in – starting a nuclear war isn’t one of them.

At Beyond the Bomb we want to put the future first. We are working to end the nuclear threat so we’ll all have the time and resources to work on the things that truly matter most like: healthcare, education, safety nets, immigration and the environment. But, at the moment, there’s nothing stopping our President from using a nuclear weapon first – even though we have the most comprehensive conventional defense arsenal in the world.

In November 2018, 470 of the 535 seats in the House and Senate will be up for grabs. Each one of those races is an opportunity to elect a champion for moving beyond the bomb at the highest levels of government.

But, how do we get beyond the bomb? We believe that a crucial step is No First Use.

A “No First Use” policy would legally guarantee that the United States would never be the first to instigate a nuclear war, which is to say the President would never be able to single handedly launch a nuclear weapon on a baseless whim.

Such a policy can be easily enacted by Congress, which is why we’re going to get as many 2018 candidates on the record about No First Use as possible. We need political leaders who will stand up to Trump’s nuclear saber rattling not only in their words, but by committing to taking action through passing laws like No First Use. With these politicians on the record, we can hold them accountable once they’re in office and make sure the entire country takes notice of our cause.

We need your help and it looks like this: