Take the Pledge for No First Use! 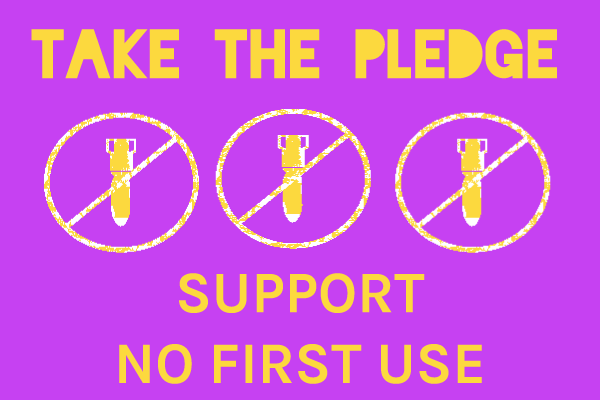 Under current policy, the President of the United States has limitless authority to launch a nuclear strike. The notion that any one person, regardless of character or party affiliation, could have such vast power to end life on Earth is appalling in the best of times — let alone during a time of increasing nuclear rhetoric and vast foreign policy shifts.

Today we are asking elected officials and YOU – their constituents – to join us in standing for No First Use. By signing this pledge, you’ll be showing your representatives that you support No First Use and want them to, as well. In fact, a bill has been introduced by Representative Adam Smith (D-WA) that would make it the policy of the United States not to use nuclear weapons first. Your Representatives should support it!

Now is the time for society to act together — civil society groups, aspiring members of Congress, incumbents, faith leaders, and everyday people.