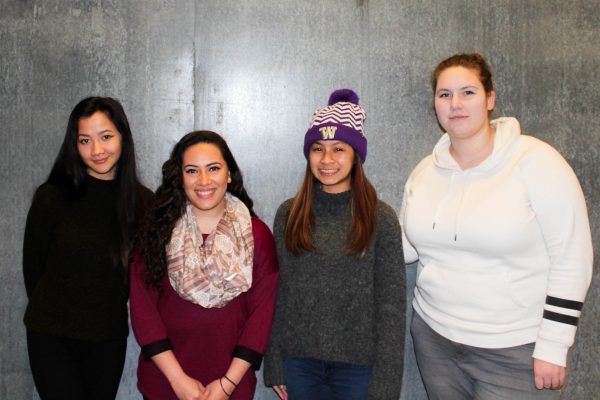 When I meet new people and talk about the movement to prevent nuclear war I’m often met with, “That is so important! I don’t want to die in a nuclear holocaust” and “I’m really scared by what Trump says about nukes!” I hear this basic sentiment of fear and helplessness everywhere.

But sometimes it takes crystallizing moments to turn that fear into action. Trump’s State of the Union – where he called on the U.S. “to modernize and rebuild our nuclear arsenal” – in essence doubling down on a path to fire and fury, was one of those moments.

The very next day, I had a meeting with student activists from the University of Washington. They asked me to lead them in a video training on campus organizing to help get their Beyond the Bomb Chapter off the ground.

We started the video call off with a round of introductions, as this was the first time I was meeting many of them. It was all young women on the call. Unprompted, the first woman explained why she dialed in; she is from Hawaii and the false alarm in January was a wake up call that her home was endangered by our nuclear policy. Another woman explained how she was concerned about how our nuclear system decimates the environment, and puts both nature and people at risk. Around the table we went and each woman had a unique answer for why she was there, and yet there we all were. Each one ready to stand up to a system that for years has told them that an old man in a suit will take care of it for them. That it wasn’t their concern. Each realizing that together they could change a patriarchal system to protect their homes, the environment, and the world, despite their differing motivations.

This is the backbone of the Beyond the Bomb movement. This small but mighty group of women gives me the strength to persevere. Back to the SOTU, that night Trump said: “Perhaps someday in the future there will be a magical moment when the countries of the world will get together to eliminate their nuclear weapons. Unfortunately, we are not there yet.”

Well, I know we are there, and that we’re not relying on magic – we’re building our way with people power. Activists around the country are standing up in their communities so that our futures are in our own hands.

I’m working with places like the University of Washington, Los Angeles, San Francisco State, and many other communities to get their chapters off the ground. Will yours be next? Drop me a note at Yasmeen @ BeyondtheBomb.org and let’s start your path for change.