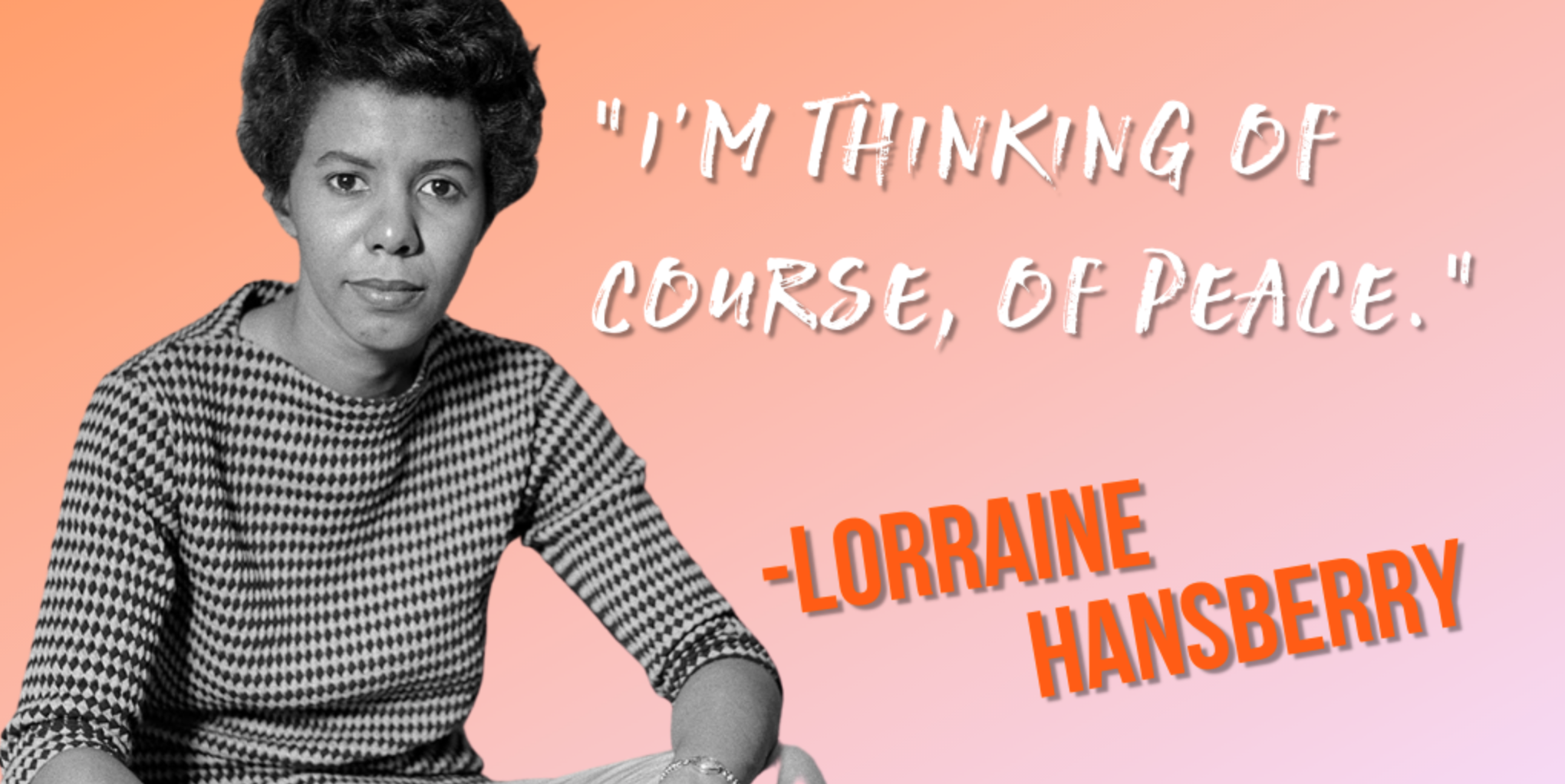 When I first applied to work with Beyond the Bomb back in the summer of 2019 I was unsure of my place organizing around nuclear weapons as a Black woman.

Like many things in American culture, to find a representation of yourself as a non-white person can be challenging. The nuclear field sadly is no exception. A quick Google search of terms and images common in this field will showcase an abundance of nuclear plants and white faces — mostly white male faces.

I did not see a place for myself in nuclear activism and I didn’t want to be the only Black person who cared about these issues. Fortunately, I’m not. There is a rich history of Black people advocating for nuclear policy, disinvestment from the military, peace, nuclear disarmament, and more. I just had to find them. Here are a few. 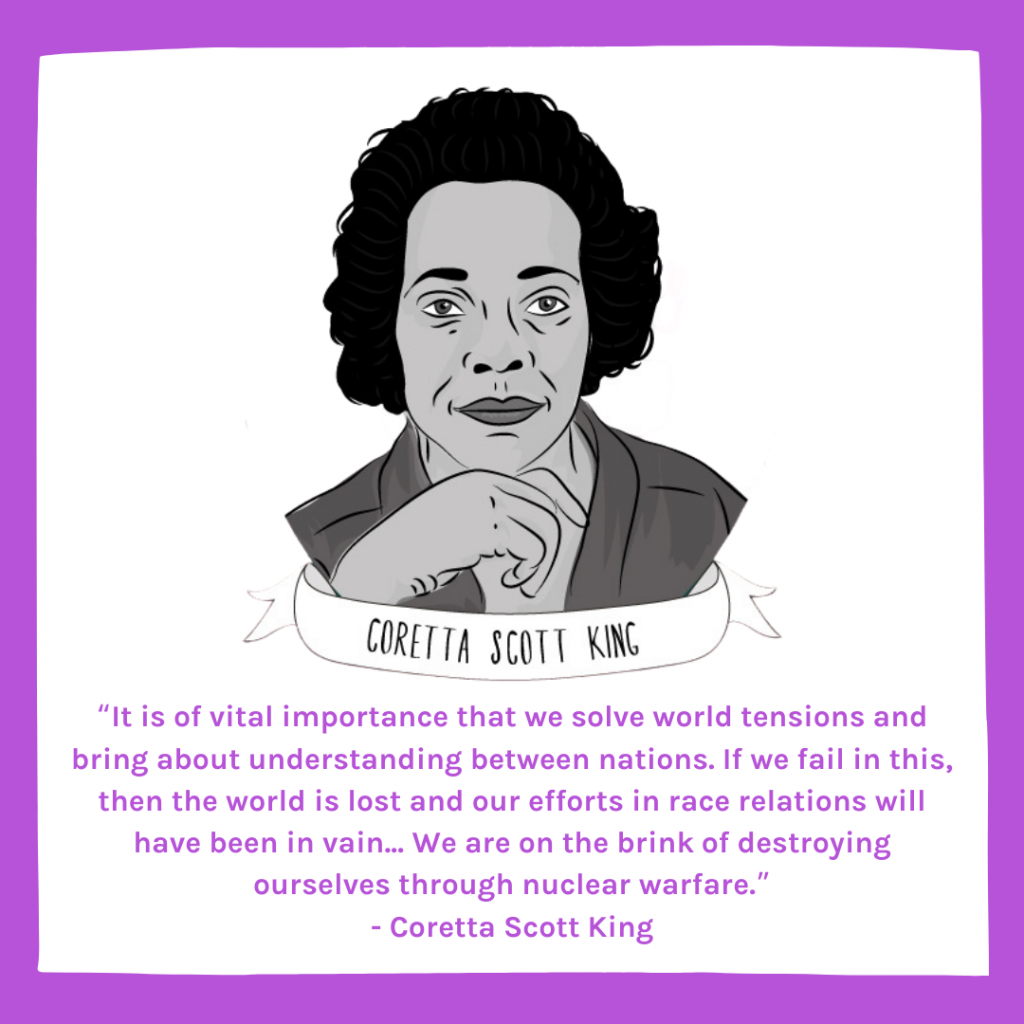 A devoted pacifist, civil rights leader, and activist, Coretta influenced her husband, Dr. Martin Luther King Jr’s, views on nuclear weapons and war. She worked closely with groups like Women’s International League for Peace and Freedom (WILPF), the National Committee for Sane Nuclear Policy (SANE), and Women Strike for Peace (WSP). Reported on May 21st, 1962 in the Chicago Defender, Mrs. King said, “It is of vital importance that we solve world tensions and bring about understanding between nations. If we fail in this, then the world is lost and our efforts in race relations will have been in vain… We are on the brink of destroying ourselves through nuclear warfare.” She explained that her statement was the reason she attended the 17-nation Disarmament Conference in Geneva in 1962.

A personal favorite of mine, Lorraine Hansberry was a playwright who used her skills to vocalize her disdain for nuclear bombs and their use as weapons of mass destruction. Throughout her life, she linked freedom to anti-colonialism, nuclear disarmament, and antiracism. Her last two bodies of work were plays that focused on antinuclear topics, What Use Are Flowers?, and anti-colonialism, Les Blancs. She is truly an inspiration in how our art can be political.

A member of the Women’s International League for Peace and Freedom (WILPF), Erna Harris’s life was spent championing for equality. In 1964, she was among twelve women selected from the U.S. to participate in the Soviet-American Women’s Conference in Moscow which focused on universal nuclear disarmament, relaxing international tensions, and the role of the United Nations. Harris’s life was dedicated to working with peace and civil rights organizations. 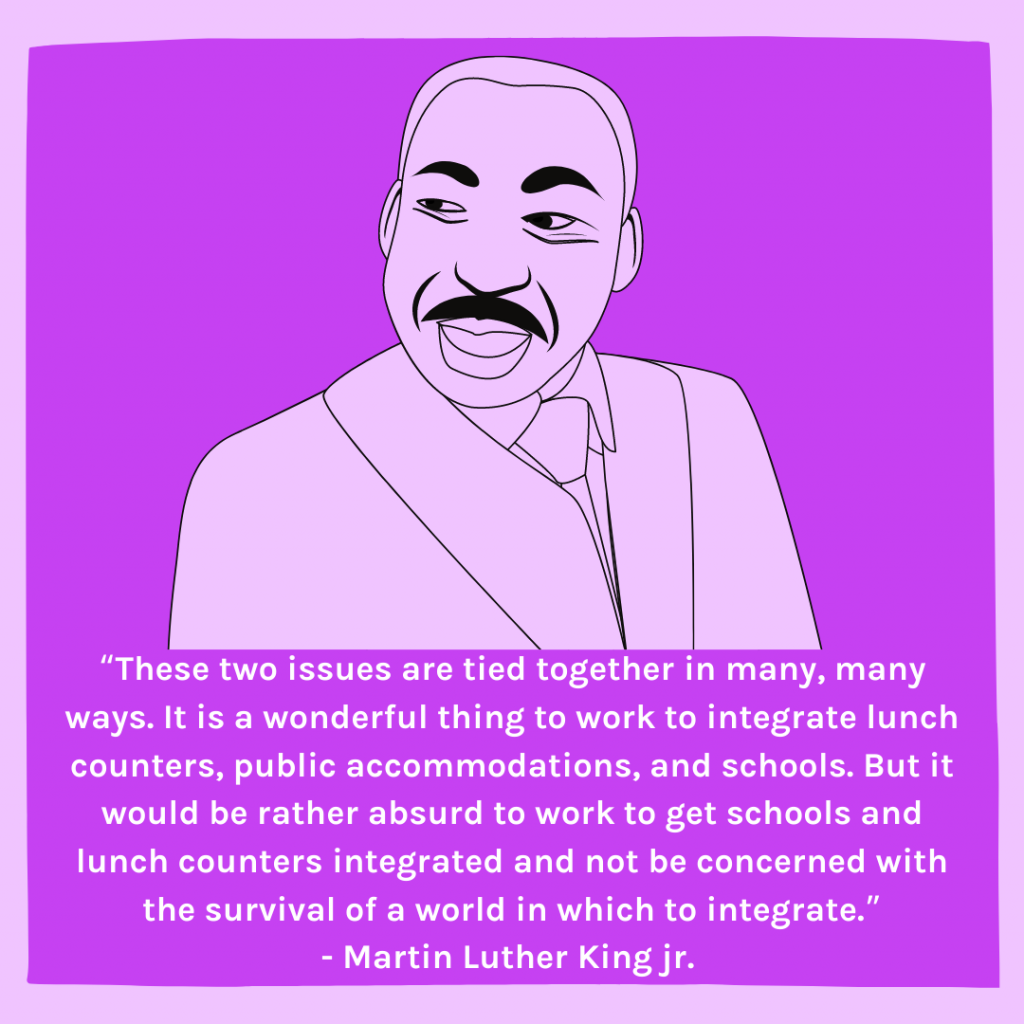 World renowned activist and minister Martin Luther King Jr. was most famous for his involvement with the civil rights movement and his “I Have A Dream” speech. His work, however, did incorporate nuclear injustice. In 1961, King told a journalist, “I am a strong believer in disarmament and suspension of nuclear weapons.” Standing behind these values, he became involved with the National Committee for a Sane Nuclear Policy (SANE) in March of 1958. Founded by pacifists and anti-nuclear activists, the organization quickly became a leader in the struggle for nuclear disarmament. Showing his support, Dr. King signed many letters, petitions, advertisements, and brochures from the group.

Leader of the National Association for the Advancement of Colored People (NAACP) from 1929-1955, Walter White was vocal about his opposition to nuclear weapons. In the September 8th, 1945 issue of the Chicago Defender he wrote, “the most terrible weapon of them all, the atomic bomb” and “the occidental western world may have loosed a mechanistic genii from the bottle which it may soon wish it could reimprison to save itself from destruction”.

These are just a few examples of Black people who used their voices and dedicated their lives to nuclear disarmament and peace. The nuclear field may be one that is overflowing with white faces and I might not see a surplus of people who look like me plastered over the related Google images, but we are here and always have been.

Nuclear issues disproportionately impact people of marginalized communities. Our voices are needed if we want to best protect ourselves. Our interests and survival cannot be left in the hands of those who do not look like us and understand our communities’ particular needs. Black people have cared about these issues and will continue to lead in advocating for nuclear disarmament, demilitarization, decolonization, and peace. I am proud to stand behind the rich history of my ancestors and call for an end to all nuclear weapons.