Annihilation and Utopia is a series by #FutureFirst fellow Alexandra Mensing

Nuclear weapons discourse is typically centered around the present and near-future. This leads to a certain inevitability bias, where it becomes nearly impossible to imagine a broad shift from the present state of affairs. At a societal level, alternatives to our world’s condition are so often written off as being unrealistic or utopian. Nevertheless, it is crucial that we strive for the creation of a better future. To do so, we must cast off the shackles of myopically pragmatic and reactive worldviews. We must aim not only for nuclear deterrence but for true world peace. While this might seem a tall order, one can consider the fall of European Monarchism or the invention of the internet. The world can shift in fluid and unpredictable ways, and we humans are in charge of taking the reins.  Striving for utopia is the only way to escape the nuclear sword of Damocles.

The word “Utopia” is Greek for “no-place”. As a term, it is reminiscent of “Eutopia”, Greek for “Happy-place”. Though the word was coined by Thomas More in 1516, “Utopia” as a concept can be traced back to the dawn of civilization. While ideas on the constitution of utopia vary over the course of history, there are oftentimes overlaps in utopian ideals. Common utopian themes include food and shelter for all, freedom from war, and a lack of need for systems of law. Even considering the variances in utopian ideas, one would be hard-pressed to find a place for nuclear weapons in one’s conception of a perfect society or world. Nuclear weapons are at their core, a means to an ends, and if we create a future without those ends, then nuclear weapons will themselves become obsolete. 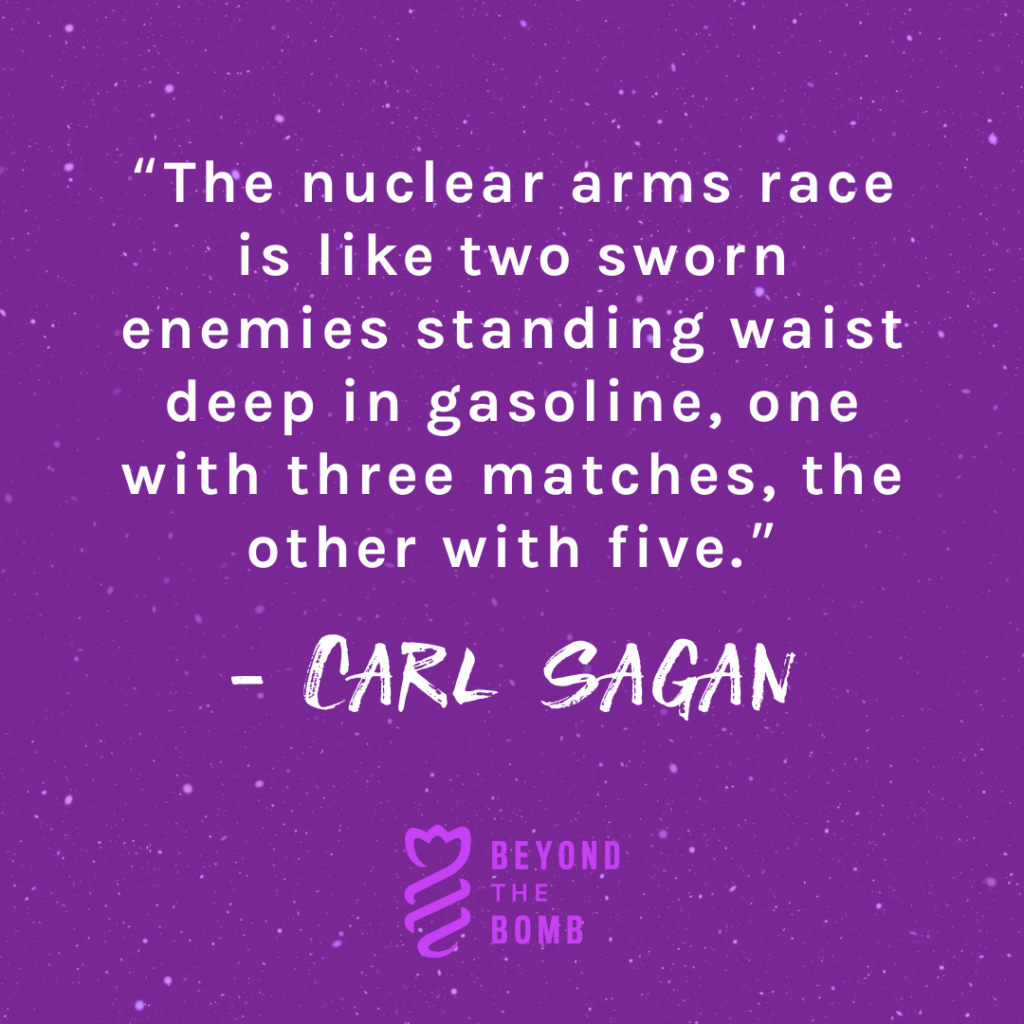 In The Spread of Nuclear Weapons: An Enduring Debate, authors Scott Sagan and Kenneth Waltz describe their perspectives on the benefits and risks of nuclear weapons spreading to new militaries. Their perspectives have merit when looking solely at present conditions and issues, however, they are inadequate for driving the world towards true and lasting peace. Surely the authors didn’t set out to engage in such a task, so I don’t hold it against them as such. However, the cataclysmic risk of nuclear war means that we must take proactive steps toward nuclear disarmament. If creating lasting world peace is the goal (and I think it should be everyone’s), then taking on the very existence of nuclear weapons is imperative.

There is a fundamental issue here because mindsets such as these treat the symptoms (nuclear weapons) as the causes.

These authors have been responding to each other’s positions for decades. Editions of their book have been released in 1995, 2003, and 2013. Their views are representative of some of the largest threads of nuclear deterrence discourse. There is a fundamental issue here because mindsets such as these treat the symptoms (nuclear weapons) as the causes. They take the existence of nuclear weapons for granted and try to react to a world in which such weapons are present. This approach is worthwhile when it comes to harm reduction, but when it dominates the conversation, bold future-crafting becomes impossible.

Considering the strengths of both Sagan’s and Waltz’s positions on nuclear proliferation, it becomes clear that each position undermines the other. To allow nuclear proliferation would result in greater potential for nuclear weapon accidents and nuclear terrorism. Publicly available documents show that militaries have lost track of at least six nuclear weapons, each one as of now unrecovered.  Other missiles have ended up destroyed or recovered. Promoting nuclear disarmament without engaging the reasons that nations go to war would result in secret nuclear programs and flat-out dismissal from major powers.

If we don’t put in the effort to imagine bold changes to our world, then we will be stuck in this nuclear risk twilight. The question isn’t “should we allow nuclear proliferation,” it is “how can we create a world in which nuclear weapons themselves become obsolete.” The challenge is figuring out how to chart a path from here to utopia. The United States can prove itself as a leader in global nuclear weapon safety by adopting policies such as No First Use. We have an opportunity to show that U.S foreign policy is about preventing war, rather than starting it. These sorts of actions are only the first steps, as the very existence of war must be challenged in order to make nuclear weapons themselves obsolete.

Join us in this fight.