After a Lifetime of Remembrance, It’s Time to Commit to the Future

How long do you plan to live?

The average United States citizen’s life expectancy is about 78.6 years. This August signals the passing of 75 years since the U.S. military used an atomic bomb as a weapon in war, or just three years short of a person’s lifetime. August 6 and 9 marked the anniversaries of the Hiroshima and Nagasaki bombings that killed 210,000 by the end of 1945. In the past 75 years, stories of those impacted have been chronicled, exhibited, and told countless times. In the past 75 years, many more lives have been lost to the lingering effects of these weapons. Today, we have the opportunity to choose to remember.

Hibakushas, or those who experienced the horror of the bombings of Hiroshima and Nagasaki, fear that their experiences will be forgotten. They have worked tirelessly to educate people on the effects of these weapons and on their own experiences, even long after retirement. Sadly, the Hibakushas’ fear is far from unfounded. Currently, at the Smithsonian, there is an exhibit featuring Enola Gay, the aircraft that carried the first atomic weapon ever used. This weapon killed tens of thousands of people, and yet, in the exhibit, there is no mention of the suffering everyday folk endured at ground zero. Despite the U.S. having the largest military budget and active military presence abroad, many of its people hold misconceptions and misinterpretations surrounding the use of atomic bombs and their lasting effects.

I have been studying abroad in the U.S. for six years and counting. Frequently, people see me as someone who represents Japan. In January of 2019, I forced my 101-degree fevered body onto a bullet train so that I could better digest and make my own an important piece of Japanese history, and tackle misconceptions surrounding nuclear weapons. The night before, I stayed up until 3 AM, racked with shivers to finish an application. Still, it was important that I got on the train the next morning. The destination of the train was Hiroshima.

I had previously been to Nagasaki in elementary school, on a city-sponsored trip. I was nine years old, and it was the first time that I stayed multiple nights away from my family and friends. Months of planning and background research went into this trip. This made sense, even to my nine-year-old mind, considering the weight of the history we were learning. I have a vivid memory of my younger self sitting in the gym, listening to one of the Hibakushas. They routinely meet with hundreds to share their wounds related to that fateful day. With tremendous strength, they share their suffering and experiences, to teach us vital history.

Out of all the exhibits in the memorial museums, there was one that really stood out to me; it was the story of Dr. Nagai Takase and the life he had lived. Dr. Nagai Takase was a radiologist who had already been diagnosed with incurable leukemia before the bomb was dropped. He was working in the radiology department at a local hospital when the explosion of the atomic bomb at Nagasaki ripped through the summer sky, exposing him and thousands of others instantly to nuclear fallout. Despite this, he continued to practice medicine, and selflessly assisted the victims of the attack. He would go on to not only study the effects of these weapons but also work towards the restoration of the city of Nagasaki. He would continue to assist others and advocate for world peace until his death. Sadly, he passed away just six years after the bomb was dropped. His powerful story had such an impact on me that afterward, through fifth and sixth grade, I’d judge the quality of a library’s book collection by how many of Takase’s books it carried. Takase and many other Hibakushas’ experiences continue to inspire activists today. 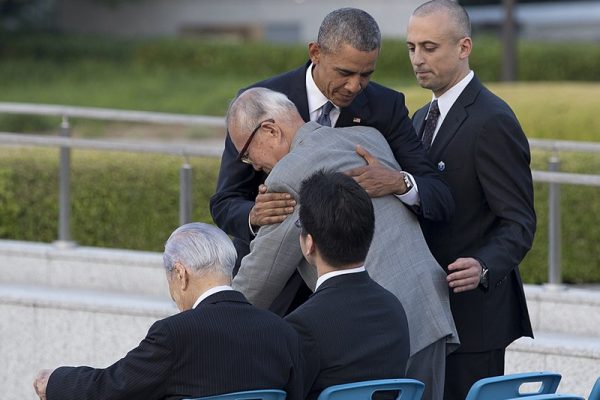 Considering the importance of Hiroshima and Nagasaki to contemporary Japanese history, it was only natural that I visit the other site where an atomic bomb was detonated. I started my journey to Hiroshima with some good okonomiyaki, Japanese savory pancakes. Whether it was from nerves or my fever, I could barely taste the flavorful sauce. I ended the trip still fever-ridden and with about a dozen bottles of water that the hotel kindly provided us. Such a commitment is not unique among Japanese people. Learning about Hiroshima and Nagasaki is common for many Japanese school children. Hiroshima and Nagasaki are key destinations for most students. It is important, after all, for young generations to learn about the historical significance of these events, as well as the weight that nuclear weapons carry.

Walking through the cities and seeing all of Hiroshima and Nagasaki’s complex history, it is almost unimaginable how muddled the decision-making process was surrounding location choice between Hiroshima and Kyoto. Initially, other cities such as Tokyo and Kyoto were candidates. However, Kyoto for instance was removed from the list of targets, as there were too many historic sites and monuments that would be destroyed. Absent such a gild of historic legacy, Hiroshima was selected as the target of the day. While there may be more monumental artifacts in Kyoto left thanks to that choice, I cannot imagine how residents and loved ones of those in Hiroshima felt, struck by the bomb by such a decision making process.

In 1983, Pope John Paul II said that “to remember the past is to commit oneself to the future.” There are success stories of nuclear cooperation; even between countries like the US and China that never seem to be able to agree. There are many challenges that lie ahead at the national level. Today, there is an opportunity to educate those who are not aware of the detrimental consequences of nuclear weapons and their destructive capabilities. Now is the time to reshape the U.S. narrative that is attached to nuclear weapons, to reflect the reality of the stories that Hibakushas share, of the damage that they witnessed because of nuclear weapons. Until there is a strong push from the public to recognize the dire effects that these weapons had on Hiroshima, Nagasaki, and other affected cities, there will be less incentive for policymakers to take action. And, while you’ve pulled up a chair, sign the Hibakusha appeal.

“To remember the past is to commit oneself to the future.” – Pope John Paul II

Help us amplify the voices of those who remember. Help us remember.

Image #1: “Japan Obama Hiroshima” by U.S. Embassy Tokyo is licensed under CC BY 2.0